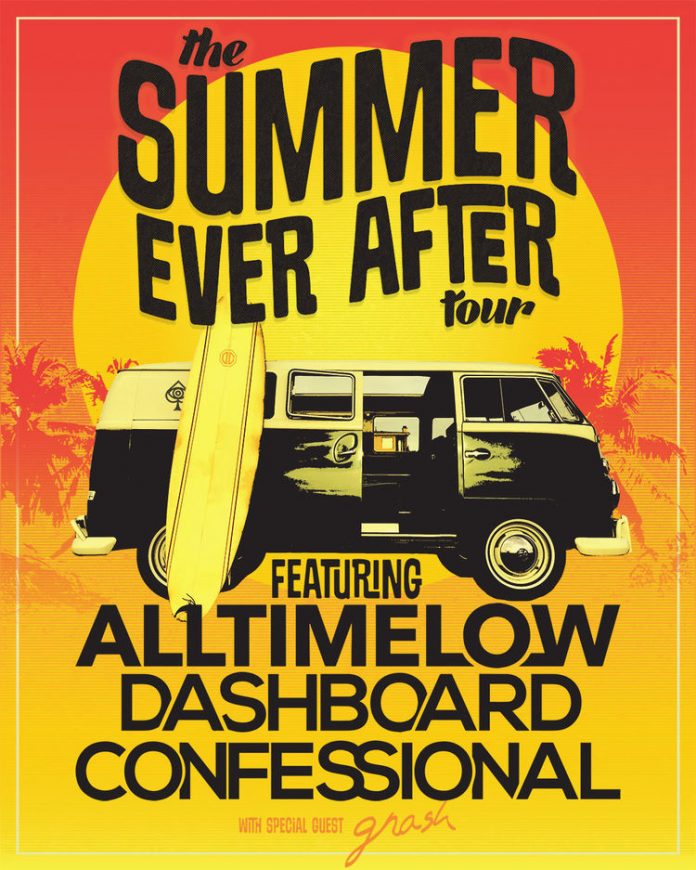 Fueled By Ramen recording artists All Time Low and Dashboard Confessional have announced plans for an epic North American co-headline tour. The first leg of The Summer Ever After Tour, which will feature support from special guest gnash, gets underway August 3rd at St. Paul, MN’s Myth Live and then continues through an August 26th performance at Asbury Park, NJ’s Stone Pony Summerstage. A second leg of The Summer Ever After Tour will be announced in the coming weeks.

ALL TIME LOW & DASHBOARD CONFESSIONAL SUMMER EVER AFTER TOUR