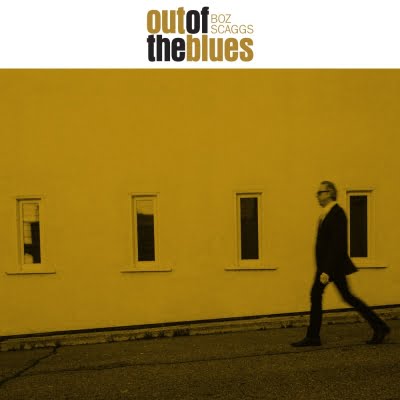 Boz Scaggs is in the midst of a musical renaissance. Through his recent explorations in R&B, jazz and the Great American Songbook, the versatile singer/songwriter/guitarist has created a highly personal, unfailingly soulful modern repertoire. The latest edition, ‘Out of the Blues,’ set for release on July 27, 2018 on Concord Records, finds Scaggs – born in Ohio, raised in Texas and Oklahoma – reconnecting with his earliest musical and regional influences.

The self-produced ‘Out of the Blues’ features Scaggs applying his iconic voice and gritty guitar skills to a set of vintage classics by such blues greats as Bobby “Blue” Bland, Jimmy Reed and Magic Sam, an unexpected and stirring reading of Neil Young’s “On the Beach,” and original compositions by his friend and songwriter Jack Walroth. For the occasion, Scaggs assembled a star-studded studio band including guitarists Doyle Bramhall II, Ray Parker Jr. and Charlie Sexton, bassist Willie Weeks, drummer Jim Keltner, keyboardist Jim Cox, and Walroth on harmonica, all supporting Boz himself on guitar, bass and vocoder.

This album marks the final piece of an unofficial trilogy for Scaggs, which began with the Steve Jordan-produced albums ‘Memphis’ and ‘A Fool to Care.’ “I’m a child of the ’50s,” he explains, “and grew up on the music of my parents’ generation – the post war swingers, the Hit Parade era, the semi-classical Gershwin albums and the American songbook of show and film music. Then came early rock radio; with Elvis, Fats Domino, Chuck Berry and Little Richard, the high-watt late night radio out of Nashville and Chicago and doowop out of the East Coast. All the same stars that dotted the musical heaven our generation grew up under. Particular to my coming of age in the Southwest was hearing that crazy stuff out of south Texas and Louisiana. It was something different from that which my fellow teenyboppers in other areas were hearing. These albums, to some degree, are an exploration of those early influences, tracked through different periods of my experience.”

Indeed, it’s been a life of music for Boz Scaggs, spread far and wide through a remarkable range in style and influence. From his early West Coast rock and soul bands, through his smooth ’70s Hollywood years with hits like “Lowdown” and “Lido Shuffle,” through to more recent chart-toppers ‘Speak Low’ and ‘A Fool to Care,’ which both reached #1 on the Billboard Jazz and Blues charts respectively.

Boz Scaggs will tour extensively around the release of ‘Out of the Blues,’ see below for a full list of dates.