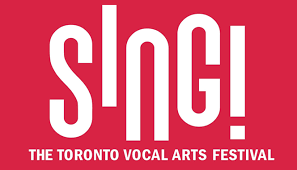 Now in its seventh year, SING! has entertained more than 50,000 music lovers while showcasing the best in Canadian and international vocal talent. Headliner concerts include:

SING! Rocks the House, a rare opportunity to hear the pop, Motown and soul sounds of Rockapellaon the same bill as “rock band without instruments” The House Jacks. These two groups both had a major impact on how contemporary a cappella sounds today.

O Canada: TwentySomething, the 20th anniversary celebration of three of Canada’s most influential and highly celebrated a cappella groups—Toronto Northern Lights Chorus,Cadence and Retrocity. At this event the Toronto Northern Lights Chorus will be honoured with the Slaight Music SING! Toronto Legacy Award. The honour recognizes a person or ensemble who has made a significant contribution to the vocal arts in Canada and internationally.

Special events include a SING! SWINGS: Bernstein and More, celebrating composer Leonard Bernstein’s 100th birthday with an evening of songs from his canon of work, plus other jazz classics; SING!: A Woman’s Work, a concert showcasing female a cappella singers, crosses musical cultures and blurs stylistic borders; and two weekends of SING! Free, featuring free outdoor concerts in the afternoon at the Distillery District.

More than 30 a cappella performance groups will appear at the festival, ranging in size from soloists to choirs of over 50 singers.  Venues range from the venerable Jane Mallett Theatre at the St. Lawrence Centre, to the intimate Dancemakers Theatre Studio 313, and from the funky Opera House on Queen Street East to the music club, Hugh’s Room, on Dundas Street West. Prices for paid concerts range from $20 to $75.  For tickets and additional information, visit www.singtoronto.com

SING! The Toronto Vocal Arts Festival has been selected as one of Ontario’s top 100 festivals and events by Festivals & Events Ontario this year, the fourth consecutive year in which it has received this honour.

SING! has also generated several SING! partner festivals in Texas, and will debut SING! Edinburgh this summer as part of theSpaceUK venues at Edinburgh Festival Fringe.

More SING! artists are being added on an ongoing basis. View the latest schedule here.