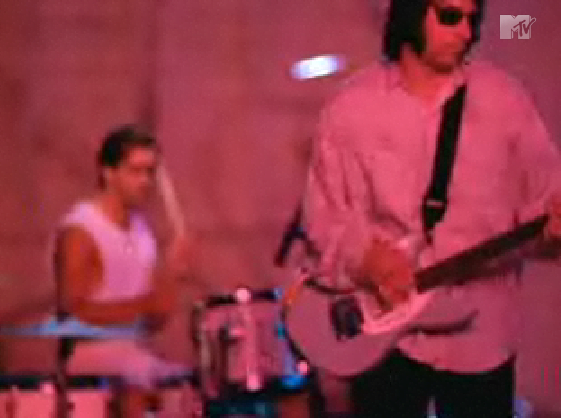 Sometimes, as R.E.M. guys did, taking that break and unplugging and getting back to your life and recalibrating yourself is so valuable. Because everything is so in-your-face and 24-7, it’s hard to do that.

Peter Buck: I try not to go online — I literally do not know how to turn the television on, ’cause there are, like, four of those zappers. I don’t listen to the radio — I listen to either CDs or an iPod in my car. I don’t read newspapers. My circle of friends, we might be pissed off about whatever asshole move Trump or his people is pulling, but it’s not a big part of my life. But still, all this shit, it is. It seeps in.

We were in Baja and driving through mountains, so you wouldn’t see another car for like an hour, and then we’d stay in some so roach motel in a town of like 1,000 people and wander around. I don’t know — there’s a place where I live in my head that sometimes, I’ve got to make that literal and disappear out there in the real world. And, I gotta say, I feel 100 percent better after it.

The day [of ] the [Las Vegas] shooting, I woke up, and that just was so insane to me. And then I got a phone call that Tom Petty’s dead. Ten minutes later, Chris Martin called me — I was going to go see Coldplay [in Portland]. And he goes, “You want to play ‘Free Fallin'” tonight?” and I said, “Yeah, sure.” I got out my guitar and played the record and figured it out. I was playing a Tom Petty song for a couple of hours.

You know, I hadn’t been in front of 20,000 people in years. We walk onstage, there’s a moment of silence. And then we played “Free Fallin’,” and I just kind of broke down, you know?

And it was everything else — there’s a bunch of other stuff like that going on in my life. I was just . . . [makes noise of being at loss for words] Just had trouble getting a handle on it. So we got in the car and got the fuck out.

By the time I got back, after three weeks, I met Joseph Arthur in Todos Santos and we wrote this group of songs, played them at a bar there, and then we drove to Los Angeles and played them at his [art] opening. It felt like, okay, I’m bringing something living out of this death and sadness. I guess that’s what my life has always been about — life’s sad, and being able to touch some of that in your heart or your soul or whatever it is, and bring it out in some way. I don’t know if it makes the world a better place, or makes me a better or happier person. It worked, whatever it was.