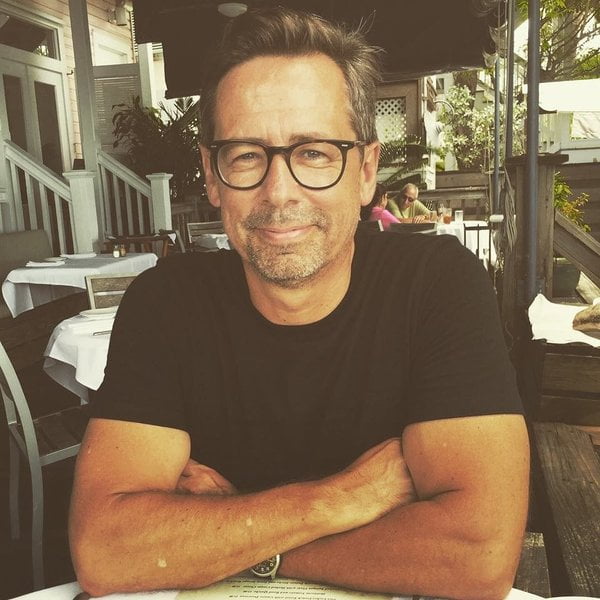 Singer-songwriter and nature spirit Nick Heyward has been crafting pop gems for over 30 years frontman of the early 1980s band Haircut 100 and for his solo career.. The latest, Woodland Echoes, is out now on Gladsome Hawk.

STEREOGUM: What were you up to for nearly two decades that led to you making a new record?

NICK HEYWARD: Well, obviously it’s a long time… I’ll try and make it brief. The end of 1998, 1999, you’ve got to remember what was going on in music, that was a time when Nick Heyward the artist wouldn’t even get signed, for most of the 2000s. I can’t remember what was going on musically, but it wasn’t good for me. It wasn’t good for a lot of Creation artists, actually, at that time. [Creation founder] Alan McGee said guitar music was over. It seemed that way and it didn’t feel good, so I went to America.

I was living in Los Angeles, just going and playing at Largo a lot. I got to know Jon Brion. I started playing there, and it was nice because that was the first time I ever saw any money! [Laughs.] I went to play this club and as I was walking out, they gave me a thousand dollars. And I was like, “What? Whoa, money! Real money. This is amazing.” It was shocking for me, really, I had always done gigs where it was the promotion of a record, so you never saw it at all. So I actually spent most of two decades never actually handling any money or seeing it, or knowing what it felt like to actually get paid. It was my first contact with the basics. Quite inspiring, actually. So I paid my rent, I was due $600, and I thought, “…I’d like to do that again!”

So I began playing with lots of lovely musicians, hanging out with lots of musicians, but not really releasing anything. Then the internet started to really evolve and Myspace came out. My son set me up with a page… and it was really simple. I liked it, just communicating the songs I was making from my cottage where I lived, which I turned into a home studio. I rented a piano and took it apart, stuck microphones in it, I didn’t know what I was doing, I’d never recorded in my life. So I was just sharing that stuff on Myspace, sharing my doodles. The only thing I could do was press “record” and “stop.” I had microphones and a laptop and an early version of Logic. I was just doodling unscripted versions of songs, unfinished. Then Myspace disappeared and I was writing and recording loads but still nobody saying “here’s a record deal.”

My son, who’d always shown that he was interested in music equipment, started to be a soundman in college. We would record in his bedroom or my spare room around 2007, I was playing live and using that money from live work to buy more equipment and pay for flights to go and see friends that had other spare rooms that we would record in, and studios along the way. Instead of buying a house, I just kind of paid for an album.

I still haven’t got a record deal, but the album is finished, and it was just a case of putting it out myself. PledgeMusic helped that, it was used for the promotion and for the tangible copy to be made. I made it up until mastering, so it would sound like as much of a record as possible. I was sitting the whole time there thinking, “Your favorite records weren’t made in spare rooms. Your favorite records even that you’ve done were made at Abbey Road studios, with [procucer] Geoff Emerick and stuff. But you haven’t got Geoff, you haven’t got Abbey Road studios, you haven’t got the Roundhouse [the venue where Haircut’s debut was recorded]. You just continue because one thing leads to another. This is just one record, if you make this, just get back into that creative process and keep doing it. Now it seems that there’s a way of sharing that music that I do.