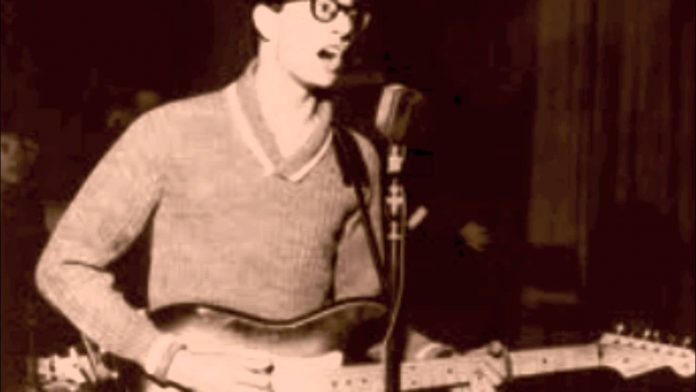 In 1955, after opening for Elvis Presley, Buddy Holly decided to pursue a career in music. He opened for Presley three times that year; his band’s style shifted from country and western to entirely rock and roll. In October that year, when he opened for Bill Haley & His Comets, he was spotted by Nashville scout Eddie Crandall, who helped him get a contract with Decca Records.Holly’s recording sessions at Decca were produced by Owen Bradley. Unhappy with Bradley’s control in the studio and with the sound he achieved there, he went to producer Norman Petty in Clovis, New Mexico, and recorded a demo of “That’ll Be the Day”, among other songs.

But first, he had to get his songs back into his personal ownership so there wouldn’t be any confusion in the marketplace. Wait until you hear this recording Buddy made of the phone call.