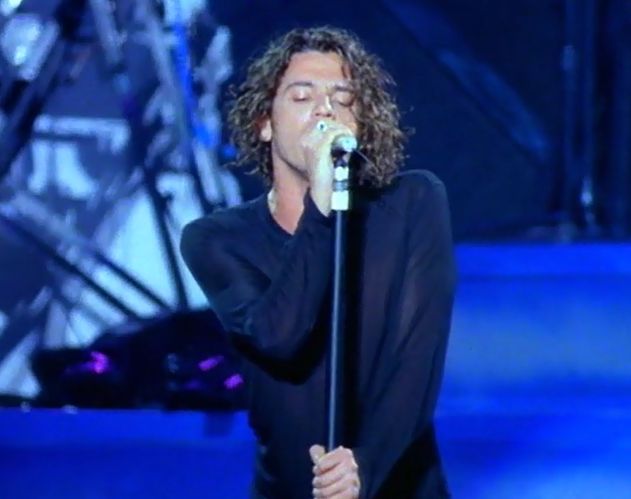 R.E.M.’s Strange Currencies, found on their Monster album came from Stipe’s ascension into rock royalty: it was inspired by Michael Hutchence of INXS. “He raised the bar for both myself and Bono. The middle eight of that is completely taken from INXS and from Michael. He was such an amazing rock star. I’m really a little embarrassed by the term rock star. When I met Andy Warhol, he called me a pop star. I said: ‘No I’m the singer in a band.’ He said: ‘No, you’re a pop star.’ ‘No, I’m not.’ OK, well, he won. As it turned out, I’m a pretty good pop star. I’m not a very good rock star – I don’t have the voice for it. I think it’s an odd thing to reach for, to be a rock star.”