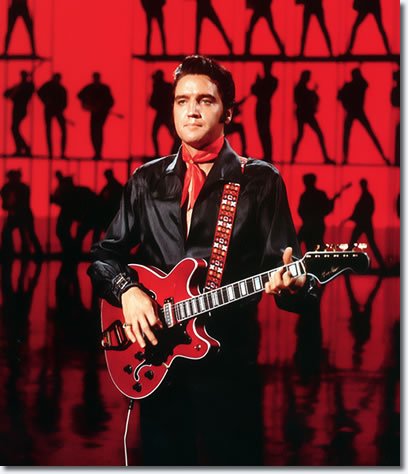 Elvis Presley’s legendary “’68 Comeback Special,” directed and produced by Steve Binder, will hit the big screen this summer in celebration of its 50th anniversary. The two-day cinema event will take place across the globe on August 16, with an encore screening on August 20. Each screening will include the legendary television special, plus an exclusive look at the making of the special, featuring a walkthrough of the NBC soundstage with insights from Binder and others influenced by Presley, his music and this iconic event.

Fathom Events and ABG will present “ELVIS 50th Anniversary Comeback Special” in more than 500 select U.S. movie theaters on Thursday, August 16 and Monday, August 20 at 7:30 p.m. local time (both dates), through Fathom’s Digital Broadcast Network (DBN). A complete list of U.S. theater locations will be available June 15 on the Fathom Events website (theaters and participants are subject to change). International cinema locations and ticket-on-sale dates will be announced at a later date.

In celebration of the 50th anniversary of this legendary special, a new book by Steve Binder titled COMEBACK: The Making of the 1968 Elvis Special delves into the dynamic (and often intimate) performances by The King of Rock & Roll during the landmark “Comeback” NBC broadcast. The book features a dedication by Priscilla Presley and stunning catalog of iconic Elvis Presley imagery.

Originally airing on December 3, 1968, the “’68 Comeback Special” was Elvis Presley’s first live television performance in seven years, which captured him playing with a full band in front of an intimate audience of diehard fans. As part of the special, Presley also pioneered the “Unplugged” performance style with an exclusive acoustic set. The soundtrack album went Top 10 following the special airing, shooting Presley back to the top of the singles charts months later with “In the Ghetto” and later in 1969, his first number one hit in seven years with “Suspicious Minds.”