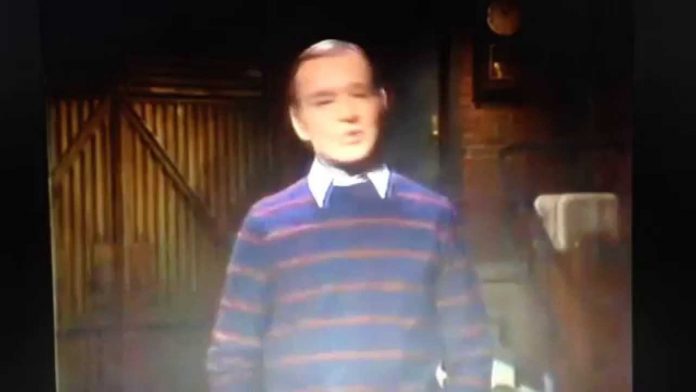 Among his many movies, John Belushi remains a legend thanks to his raging attitude and a gifted comedy craftsman which he displayed as one of the seven original cast members on Saturday Night Live. Throughout his career, Belushi had a close personal and artistic partnership with his fellow SNL star Dan Aykroyd, whom he met while they were both working at Chicago’s The Second City comedy club. And it was there Belushi also met Brian Doyle-Murray, brother of Bill, one of the original cast members.

In his personal life, Belushi struggled with heavy drug use that affected his comedy career, and was dismissed and rehired by SNL creator Lorne Michaels on several occasions due to his behavior. In 1982, Belushi died from combined drug intoxication caused by an injection of a heroin and cocaine mixture.

At the conclusion of the very first live SNL episode two weeks after Belushi’s death, Brian Doyle-Murray gave an epic but sober tribute to him.