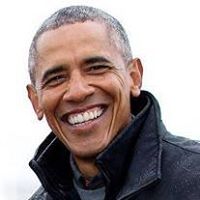 If you’re like me and wondering just how the US, and the rest of the world, got here in just a year and a half, you’ll have a bit of joy to know President Obama has resurfaced on social media (he’s been a tad quiet of late, but well worth a follow when he does post), and listed his recent personal reading material on Facebook. As one commenter posted, “How refreshing to read comments by an intelligent leader who can write in complete sentences!”

I’m often asked what I’m reading, watching, and listening to, so I thought I might share a short list from time to time. There’s so much good writing and art and variety of thought out there these days that this is by no means comprehensive – like many of you, I’ll miss “The Americans” – but here’s what I’ve been reading lately. It’s admittedly a slightly heavier list than what I’ll be reading over the summer:

Futureface: A Family Mystery, an Epic Quest, and the Secret to Belonging, by Alex Wagner
I once wrote a book on my own search for identity, so I was curious to see what Alex, daughter of a Burmese mother and Iowan Irish-Catholic father – and a friend of mine – discovered during her own. What she came up with is a thoughtful, beautiful meditation on what makes us who we are – the search for harmony between our own individual identities and the values and ideals that bind us together as Americans.

The New Geography of Jobs, by Enrico Moretti
It’s six years old now, but still a timely and smart discussion of how different cities and regions have made a changing economy work for them – and how policymakers can learn from that to lift the circumstances of working Americans everywhere.

Why Liberalism Failed, by Patrick Deneen
In a time of growing inequality, accelerating change, and increasing disillusionment with the liberal democratic order we’ve known for the past few centuries, I found this book thought-provoking. I don’t agree with most of the author’s conclusions, but the book offers cogent insights into the loss of meaning and community that many in the West feel, issues that liberal democracies ignore at their own peril.

“The 9.9 Percent Is the New American Aristocracy,” by Matthew Stewart, The Atlantic
Another thought-provoking analysis, this one about how economic inequality in America isn’t just growing, but self-reinforcing – and what that means for education, health, happiness, even the strength of our democracy.

In the Shadow of Statues: A White Southerner Confronts History, by Mitch Landrieu
A few years ago, I eulogized the Reverend Clementa Pinckney, who was slain by a white supremacist in his church in Charleston, South Carolina. And I’ll never forget something Clem said while he was alive: “Across the South, we have a deep appreciation of history. We haven’t always had a deep appreciation of each other’s history.” That’s something Mitch takes to heart in this book, while grappling with some of the most painful parts of our history and how they still live in the present. It’s an ultimately optimistic take from someone who believes the South will rise again not by reasserting the past, but by transcending it.

“Truth Decay: An Initial Exploration of the Diminishing Role of Facts and Analysis in American Public Life,” by Jennifer Kavanagh and Michael D. Rich, RAND Corporation
The title is self-explanatory, but the findings are very interesting. A look at how a selective sorting of facts and evidence isn’t just dishonest, but self-defeating to a society that has always worked best when reasoned debate and practical problem-solving thrive.