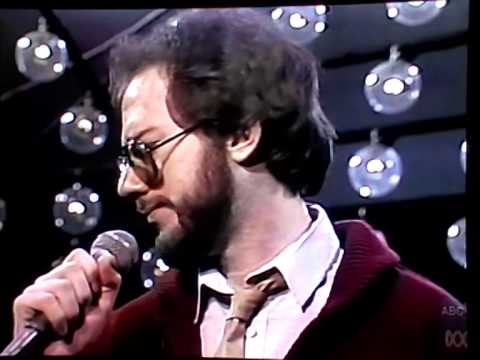 Rupert Holmes, the singer-songwriter, musician, dramatist and author is widely known for the hit singles “Escape (The Piña Colada Song)” and “Him”. He is also known for his musicals Drood, which earned him two Tony Awards, and Curtains, and for his television series Remember WENN.

After its release as a single, the song became immediately popular, though initial sales were slow due to the song’s actual title, “Escape”, going unnoticed in the place of the oft-repeated cocktail. Holmes reluctantly agreed to rename the song “Escape (The Piña Colada Song)”. The song shot up through the charts, becoming the last number-one Billboard Hot 100 hit of 1979 (and the last number one song of the 1970s). “Escape” returned to number one again on the Billboard Hot 100 charts during the second week of 1980, having been displaced for a week by KC and the Sunshine Band’s “Please Don’t Go”. Thus it is the only pop song to ascend to #1 on the Billboard pop charts in two different decades.

“Two days before Christmas, I opted to come home from Chicago in a sleeping compartment on the train. I just want to be somewhere for 24 hours where I don’t have to smile. One day I flew from Holland to England, gaining an hour by doing so. I then flew Concorde to New York, landing three hours earlier than I’d departed. I took a cab from JFK to my apartment, where I had 20-minutes to change my clothes, then went to my dentist for a temporary cap, took a taxi back to JFK and flew to L.A. to do a TV interview that evening, and finish the charts I’d written for the Tonight Show band to be copied the next morning for rehearsal the following afternoon. Someone said, “Isn’t it great how you keep gaining all this time by flying toward the west.” I replied, “No, my watch is gaining the time, I’m living all of it.

“It was a privilege to have two genuine hit records and a few contenders and it continues to mean a great deal to me. As for the “household name” of it, the star of the record were the words “piña coladas” and I was the piña colada guy. I did have my 15 months of fame, and there were delirious thrills and honors that went with that. But my manager viewed my income as half his, and so he kept me working more than was necessary or helpful to developing my career, often in circumstances that were profitable but embarrassing: shopping malls and amusement parks and tacky bars where I’d be singing and someone would ask me to sing “New York State of Mind”. One club was so cavernous and unsuitable for the low key evening I’d prepared that I ended up playing Chuck Berry songs all night. They loved me!

“One day, I was getting out of a taxi in Manhattan, and the driver recognized me from seeing me on the Merv Griffin Show the night before. As I left the cab, he said, “Wow, you’re the first semi-celebrity I’ve ever driven!” I said in mock chagrin, “Did you have to find the precise wording? You couldn’t let me have ‘celebrity’ unmodified?”