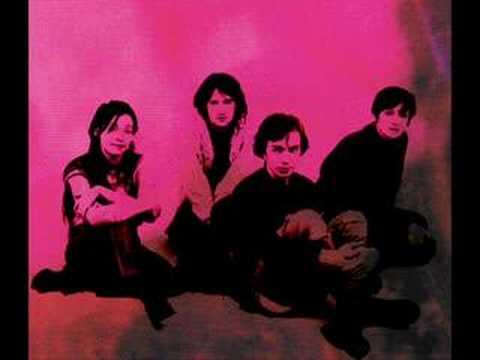 When you do buy a new Jazzmaster, do you have to tweak it?
Kevin Shields: Yeah, I have to modify it to play comfortably. I started sticking tape on the arm to stop it from going all the way into the hole. That way it’s very loose, and I can just strum the guitar or hit it and play it the way I wanted, and the tremolo arm rests in my palm.

Was it the changing pitches that appealed to you?
Kevin Shields: It wasn’t just a pitch change. We’d already been doing that. I remember when we started in ’83, we used to work with cassette tapes, and we did our drum stuff with bending the tape and changing the pitch. We also did it with synthesizers. There was a band called D.A.F., which was a German electronic band with a synthesizer, and they had a song that was shifting in and out of tune all the time. And I was fascinated by that. When I suddenly discovered the tremolo arm on the guitar, I realized I could do all the stuff I liked from the synthesizer. It was just a moment of, “Oh, my God, I can do all this stuff easily.”

I also remember a video of Jimi Hendrix at Monterey Pop when he’s doing “Wild Thing” quite a few times on TV, and the tape transfer would be wobbling in and out of tune at various spots. At the end it seemed like the tape was about to be eaten. That was the sound of danger, that something wasn’t right. So it was something I was conscious of and slightly fascinated by. When I discovered the Jazzmaster, I could do that and other stuff with it. It was a “eureka” moment.