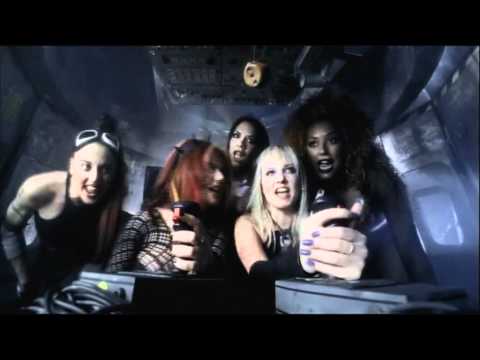 Mel C: That has its pros and cons. It is such an odd career, and such an odd thing to do with yourself. Obviously, at that time we were followed everywhere; fans waited for us everywhere, paparazzi was always present, so you always have to be on and that’s why the whole thing feels so tiring. Some people in the public eye handle things differently and will tell people to “f**k off,” but personally for me, you always have to be nice. We had such a young audience, and that pressure was always present to be a role model. As a young person, you have to make mistakes, but then there’s the pressure of always behaving like a role model. We ways took that seriously because we knew we had super young fans. You do get so much from it though; you are living out your dreams, your childhood fantasies. When you are making music and people are loving it and singing it back to you it’s amazing. It’s more social media-driven now, but l still receive fan mail and tweets. I’ve met quite a lot fans, meet and greets at shows are great. In the ’90s we never really did that, but we did do that on my last tour, and meeting fans and hearing their stores is incredible because literally your music has molded and shaped people’s lives and given them strength and that’s what l loved.

Girl power was a defining theme throughout my late childhood and l really drew strength from this bright, musical club that was exclusively geared towards women. I remember feeling like men held so much power in the ’90s, but this fun and fierce attitude championed by the Spice Girls was revelatory. You shattered and mocked sexism’s limiting stuffy, dated and ignorant opinions.

Mel C: It’s amazing because it wasn’t intended; it happened so naturally. We were going into labels and magazines and hearing, “Well girl bands don’t sell, it’s all about the boy bands,” and you can imagine us five — five opinionated women. We realized, we have a point to prove here. We started as a band, trying to dress the same, singing other people’s music, messing about and then we were meeting producers and becoming frustrated. We thought, Victoria looks ridiculous in casual clothes, and l look stupid in a babydoll dress. We were trying all these different styles because it was the ’90s and when we used to show up to rehearsals every day l would be in trackie, Emma would be in a babydoll dress, Geri would be in something kooky, and we just thought, Why don’t we just wear what we wear and be ourselves? We never gave it that much thought.

Within the band there are strong characters, some quieter than others. Together we were just a force and we gave each other the strength. There were a few lineup changes before Emma was introduced into the band. Then when she was there, something really special happened. It was like she was the missing piece in the jigsaw. There was just this shift, and we all started to feel like something special was happening, before we had a sea, we used to go out, to a club and there would be a queue and Geri would say, “We are a band. Let us in.” and we would get in. There was something about the power of us all together and the solidarity that we had. When we did come up against any adversity we said, “Just do it.” It was a magical thing.