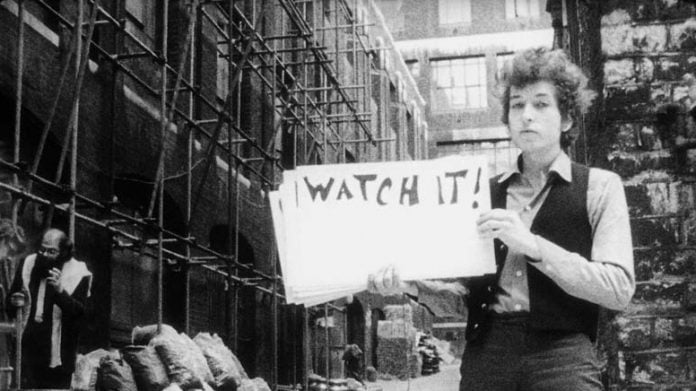 It’s well-timed to remind ourselves that Bob Dylan’s Never Ending Tour, so-called by fans and the media, is one Bob Dylan never really announced the name himself. Back in 1989, Dylan’s tour name was cemented when journalist Adrian Deevoy published his interview with Dylan in Q Magazine. The critic Michael Gray listened to Deevoy’s interview tape, and points out in The Bob Dylan Encyclopedia that though Deevoy’s article put the phrase into Dylan’s mouth, in fact the label came from Deevoy in the following exchange:

AD: ‘Tell me about this live thing. You’ve gone straight into this tour again — one tour virtually straight into the next one.’
BD: ‘Oh, it’s all the same tour.’
AD: ‘It’s the Never Ending Tour?’
BD: (unenthusiastically) ‘Yeah, yeah’.

Dylan has been dismissive of the Never Ending Tour tag. In the sleeve notes to his album World Gone Wrong (1993), Dylan wrote:

Don’t be bewildered by the Never Ending Tour chatter. There was a Never Ending Tour but it ended in 1991 with the departure of guitarist G. E. Smith. That one’s long gone but there have been many others since then: “The Money Never Runs Out Tour” (Fall of 1991) “Southern Sympathizer Tour” (Early 1992) “Why Do You Look At Me So Strangely Tour” (European Tour 1992) “The One Sad Cry Of Pity Tour” (Australia & West Coast American Tour 1992) “Outburst Of Consciousness Tour” (1992) “Don’t Let Your Deal Go Down Tour” (1993) and others, too many to mention each with their own character & design.

So there you have it. He’s been on this tour for 30 years without a name.