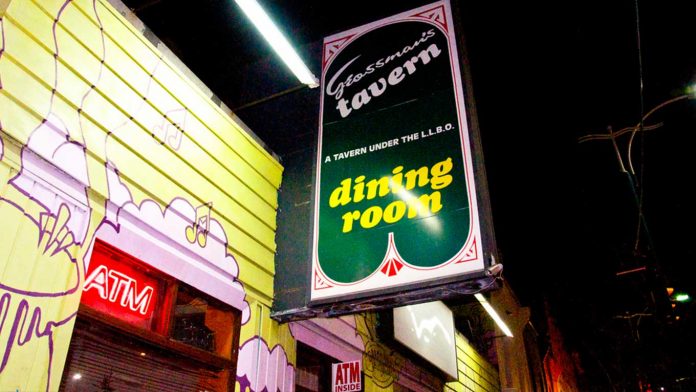 The ALGMS is an artist development bursary created in honour of the late Amy Louie, whose family has been a mainstay in the local music community and owned Grossman’s Tavern since 1975.

Since the scholarship’s inception in 2013, it has grown to a disbursement of $2,000. The prize is awarded annually to a group or individual artist from the Greater Toronto Area whose winning project proposal demonstrates how the bursary would advance their music career.

One of the longest-running live music venues and a stalwart within Toronto’s vibrant and dynamic music scene, Grossman’s has long been considered an incubator for an impressive cast of local artists who got their start inside the Tavern — including but not limited to the late Jeff Healey, the Downchild Blues Band, and Rough Trade.

Submissions for the 2018 Amy Louie / Grossman’s Music Scholarship will be considered until September 14, 2018. Full details can be found here, and entrants can forward their proposals to algms@grossmantavern.com. The recipient will be chosen by a panel of music industry professionals, and receive half of the bursary at the beginning of their project and the second half upon completion.