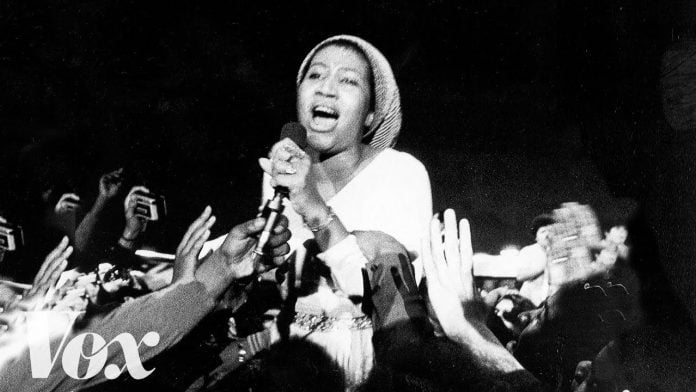 Aretha Franklin will always be the Queen of Soul. In the 1960s songs like “Respect” became the symbol for political and social change. It’s likely the reason her music moved so many people wasn’t necessarily the lyrics, but the way she delivered them.

Aretha was raised in the church, and her life and music was rooted in gospel music. You can hear this so clearly in her live performances and covers, where every musical decision she made was in the moment.

Listen to any one of Aretha’s songs and you’ll understand the power of gospel music, but her live performance of “Dr. Feelgood” and her cover of “Son of a preacher man” are a great place to start.