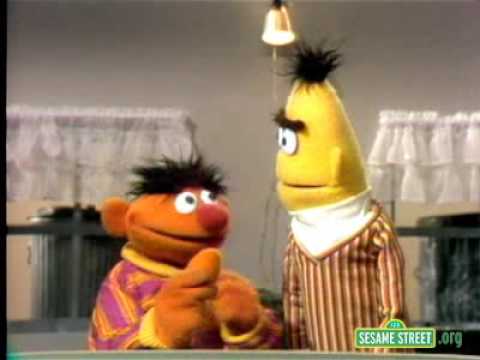 I’m looking at one of my favourite awards I’ve earned from the music biz – a gold album of Sesame Street’s Platinum Songs collection. I’ve long-loved the program for teaching children about the relationship we should attain towards one another, including showing The Muppets Bert and Ernie being roommates on Sesame Street for 49 years now, and some have speculated that they are a gay couple. I had to give a smile when I read Mark Saltzman, who wrote for the program for 15-years, and Saltzman, and who is openly gay, talkings about the characters in an interview, in which he admits that his writing for the two was inspired by his relationship with his late partner Arnold Glassman.

I remember one time that a column from The San Francisco Chronicle, a preschooler in the city turned to mom and asked “are Bert & Ernie lovers?” And that, coming from a preschooler was fun. And that got passed around, and everyone had their chuckle and went back to it. And I always felt that without a huge agenda, when I was writing Bert & Ernie, they were. I didn’t have any other way to contextualize them. The other thing was, more than one person referred to Arnie & I as “Bert & Ernie.”

That interview went viral, and Sesame Workshop responded with a now-deleted Tweet, repeating their official stance on the matter.

As we have always said, Bert and Ernie are best friends. They were created to teach preschoolers that people can be good friends with those who are very different from themselves. Even though they are identified as male characters and possess many human traits (as most Sesame Street Muppets™ do), they remain puppets, and do not have a sexual orientation.

A few hours later, they updated their statement.

The beauty of their relationship continues to lie in the eyes of the viewer. So, let’s just celebrate the show, and the merging of the world between humans and puppets – even if you’re yellow and orange, and love one another.