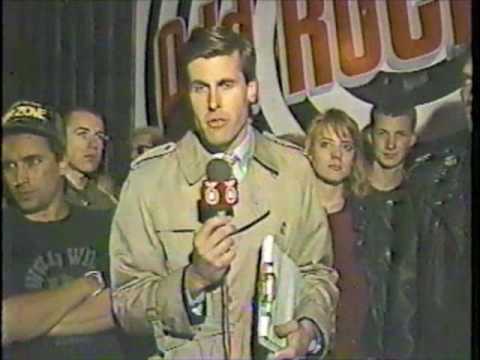 “Now I’m told the band playing was Social Distortion from LA, it is a hard rock, punk rock type band, and some of the people here might be described as punk rockers, is that fair or not fair?” Milwaukee local news covers the “Odd Rock Riot” of October 4, 1988, when police broke up an overcrowded Social Distortion show before the band could start their set.