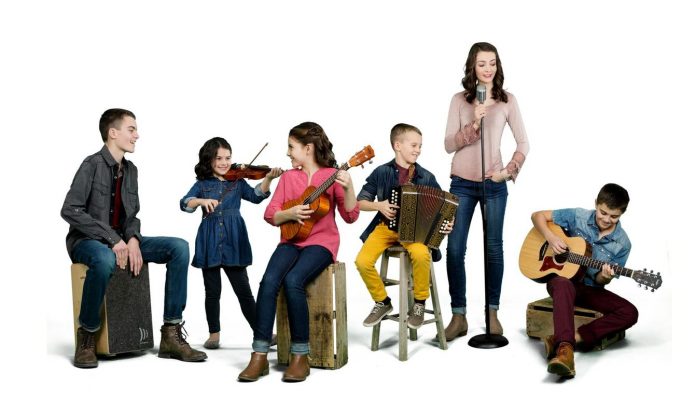 A Next Generation Leahy Christmas has been described as “breath-taking”, “astounding,” and “unforgettable.” Audiences simply don’t want the night to end because they have experienced something truly amazing and beautiful. Join the Next Generation Leahy and be inspired by these young people, energized by the music, and excited for the arrival of Christmas.

With these young minds leading the way, their music is constantly evolving bringing Celtic music into the modern era for a new audience. In all of their music The Next Generation Leahy takes their passion for music, song, and dance – which flows from every pore in their bodies – and creates something new and vibrant. The Next Generation Leahy has been sharing this gift of music with audiences all over Canada and the United States for the past three years. They have shared the stage with iconic artists like Donnell Leahy, Natalie MacMaster, The Chieftains, We Banjo 3, and many more! Their music is being recognized now around the world, with invitations to perform in Ireland, China, and Scotland. No matter the setting, audiences recognize in these musicians a talent that is beyond their years.

All under the age of 16, they are accomplished multi-instrumentalists whose live performances are filled with the high-energy, infectious Celtic-based music associated with their Leahy heritage. Fiddle, cello, French accordion, singing, piano, and French-Canadian step-dancing all find a voice on stage. The music that lives in each of these young people – which is so joyful, so positive, and so rare – simply cannot be contained.

This December, join The Next Generation Leahy as they share the magic of Christmas with you.