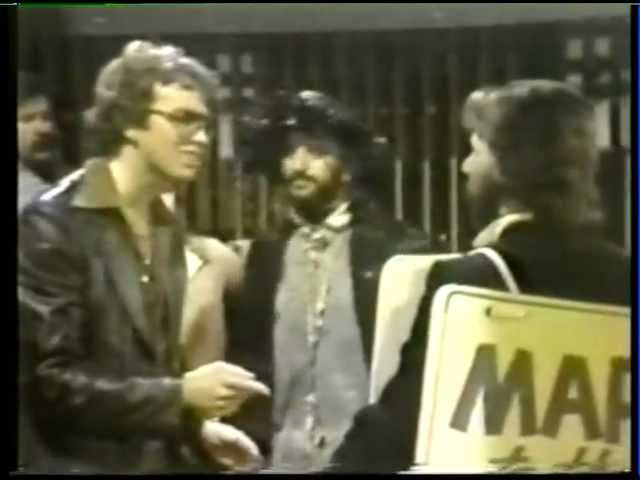 Ringo is a 1978 American made-for-television comedy film starring Ringo Starr as both a fictionalised version of himself and his fictional half-brother “Ognir Rrats”. Ringo, stressed out by fame, trades places with a schmuck who looks exactly like him. Then the problems start.

It was broadcast on the US NBC network on 26 April 1978. This 44-minute film features an all-star cast, including Art Carney, Carrie Fisher and Harrison. Starr performs songs from his concurrent album, Bad Boy, and older material.