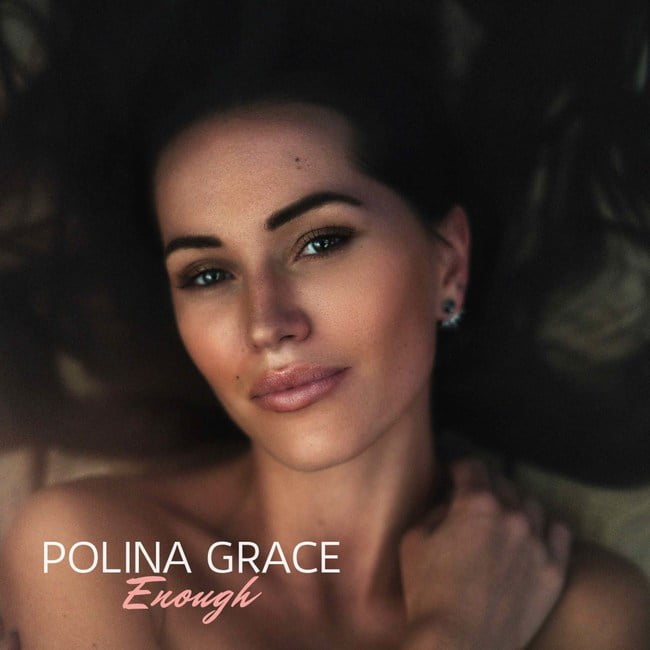 Polina Grace, an up-and-coming Canadian songstress and multilingual femme d’affaires based out of Montreal, continues her uphill climb towards stardom, according to PGM Productions Co., an indie label distributed worldwide by Sony Music Canada. Polina Grace’s talents have developed into a knockout punch Canada has yet to see in decades, gaining over 1 million likes and shares on her social media pages to date.

With a beautifully silky vocal tone somewhat reminiscent of a young Beyoncé, Ms. Grace began her professional journey in music only a couple of years ago, upon graduating from McGill with a bachelor’s degree in commerce, but she has already received the attention of many industry professionals, including that of Sony Music Canada.

Polina Grace’s latest release, a track called “Enough,” is not only a beautifully produced contemporary pop ballad, but it goes so far beyond being just a regular pop song: it makes the listener feel, it makes the listener want to sing along, but it ALSO makes one want to ask questions and seek answers. In today’s socio-political climate of the women’s movement towards equality and prevention of harassment, a song like “Enough” fits seamlessly into the picture.

We are now just over a year into the #MeToo movement, which has revolutionized not only the entertainment world, but it has shaken the entire world as we know it to the core, bringing about social change one brave story at a time. Today, strong women around the world continue their mission to be “heard” and to be treated with uncompromising respect and dignity, primarily by members of the opposite sex.

For those who have not heard of Polina Grace, they undoubtedly will soon enough, pun intended. Her entire body of work, which includes her critically acclaimed debut EP “Down” followed by a single “Wanna Be There,” which entered the Top 20 Hot AC BDS Charts in the province of Quebec, all echo of incredibly prominent female empowerment themes.

Throughout “Down,” Polina’s key track from the EP, the songwriter sings “I won’t let you drag me down, I’ll rise above; won’t turn around” – a line many can identify with in choosing to embody a positive outlook towards the future no matter what demons may have haunted them in the past. Then, throughout one of her grittiest tracks called “In The Shade,” Polina clearly states that she would not fall for dirty tricks, would not be “bought” with power or money and will continue to stand up for herself as the empowered, independent young woman that she is. Likewise, the young singer’s collection of video work surpasses the expectations of quality one would expect from an indie artist. In “Down,” Polina executes a Hollywood-esque fight choreography and performs her own stunts; she looks absolutely fierce with her crew of female musicians in “In The Shade” and she is dressed to kill, in both a figurative and a literal sense in “Red Skies.” Click here to watch Ms. Grace in action: Polina Grace – Best Videos.

Now, as people listen to Polina’s newest release “Enough,” the track seems to shed a new light on the singer’s more delicate and fragile side. However, one must not be fooled: although the vocal delivery and the lyrics are the singer’s most vulnerable and delicate to date, her message remains – Enough is #Enough. And the song truly makes the listener wonder what this young woman must have experienced to not only have become so vocal about her pain but to also have come to a place of such strength and dignity with the making of original music that continues to speak to listeners, women in particular, in the most supportive and empathetic of ways.

Ms. Grace is a Canadian artist who is on a surefire path to becoming not only a great singing success, but this young woman seems to be destined for even more than that. Perhaps a future advocate of further positive social change or simply someone other fellow women and young girls can look up to and be inspired by, this multilingual McGill-educated young woman with a powerful voice and a meaningful message is one whose career is to follow.

“Enough” is available on all streaming platforms, including Spotify, Apple Music, Amazon Music, YouTube and others. Stay tuned for the release of Polina Grace’s new music video which is set to come out Nov. 21.