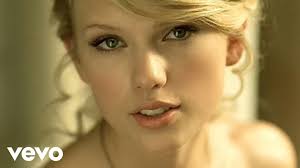 Taylor Swift, one of the music industry’s most creatively and commercially successful artists in history, signed a global recording agreement with Universal Music Group (UMG). Under the multi-year agreement, UMG will serve as the exclusive worldwide recorded music partner for Swift and UMG’s Republic Records will serve as her label partner in the U.S.

The multi-album agreement, effective immediately, deepens the relationship between Swift and UMG and builds upon the enormous success she achieved with Big Machine Records—the label whose long-term strategic alliance with Republic Records first brought Swift into the UMG family. A ten-time Grammy winner distinguished as the youngest-ever recipient of the Grammy for Album of the Year—and the first female solo artist to win the award twice—is the only artist in history with four albums with sales of more than one million copies in their first week of release (2010’s Speak Now, 2012’s RED, 2014’s 1989 and 2017’s reputation), respectively.

Taylor Swift’s critically-adored new album, reputation, was the biggest selling album of 2017 and No. 1 in over 111 countries on iTunes’ sales charts upon release. With almost 1.3 million albums sold in a seven-day period, Taylor is the only artist in history to have four consecutive albums sell over one million copies in their week of release (2010’s Speak Now, 2012’s RED, 2014’s 1989 and 2017’s reputation).

Taylor’s chart-topping first single, “Look What You Made Me Do,” broke multiple records within hours of its release. With over 10 million streams, it was the most-streamed song in a one-day, the lyric video for “Look What You Made Me Do” broke the standing record with over 19 million views, while the music video shattered the original most viewed video (28 million) record with 43.2 million views in 24 hours. Her current single “Delicate” was the latest song off reputation to top the Pop, Hot AC and AC charts.

Taylor is a ten-time Grammy winner, a singer, songwriter, musician and producer. She is the youngest person in history to win the music industry’s highest honor, The Grammy Award for Album of the Year and she is the first female solo artist to win this prestigious award twice. Rolling Stone listed Taylor as one of the 100 Greatest Songwriters of All Time. Time magazine featured Taylor on their prestigious 2017 Person of the Year cover, named her one of the 100 Most Influential People in the world and was one of only eight candidates for the 2014 Person of the Year. A Brit and Emmy award winner, Taylor is Billboard’s youngest-ever Woman of the Year and the only artist to have been awarded this honor twice.