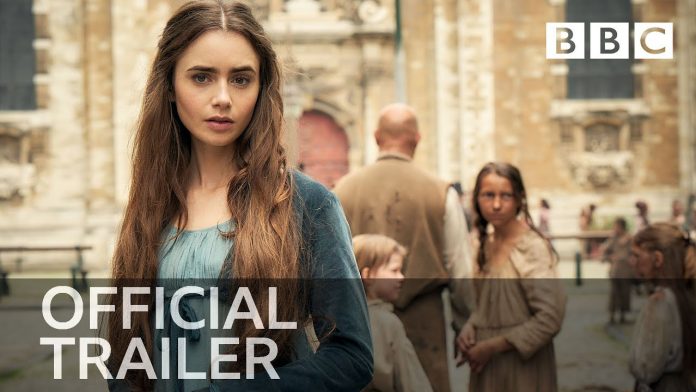 The BBC has released the official trailer for their series adaptation of Victor Hugo’s 19th century classic novel Les Misérables, giving us a glimpse of what to expect from the upcoming epic six-part drama. It is scheduled to debut in 2019. The miniseries stars Lily Collins (Okja) as Fantine, Olivia Colman (The Favorite) as Madame Thénardier , David Oyelowo (Selma) as Javert, Dominic West (300) as Jean Valjean, Josh O’Connor as Marius, Ellie Bamber as Cosette and Adeel Akhtar as Monsieur Thénardier.