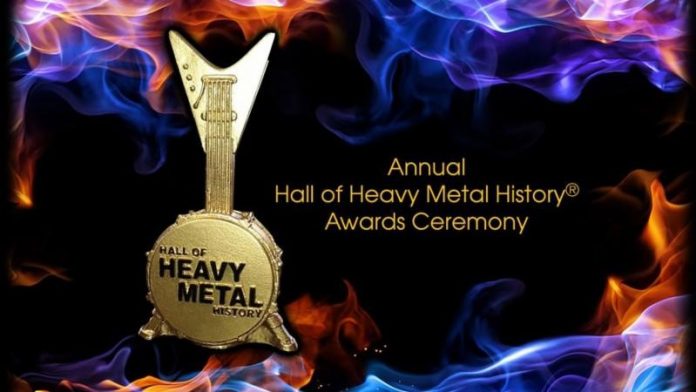 Once again, the annual Hall of Heavy Metal History’s Metal Hall of Fame Gala will take place on Wednesday, January 23, 2019 at Marriott Delta Garden Grove in Anaheim, CA. The event will be hosted by iconic television, radio personality and heavy metal champion Eddie Trunk, and will feature appearances by heavy metal greats of today and years past. The Metal Hall of Fame Gala is quickly solidifying itself as the most important night in rock and metal.

Doors open at 6:00 PM, and a red carpet will take place from 6:00-7:00 PM. The induction ceremony will begin at 8:00 PM with a performance by Los Angeles heavy rock/metal group Budderside.

The Hall of Heavy Metal History is a non-profit organization dedicated to forever enshrining the iconic musicians and music industry executives responsible for making rock and metal music what it is today. Their contribution to the genre is invaluable, and they continue to inspire fans throughout the world, from generation to generation.