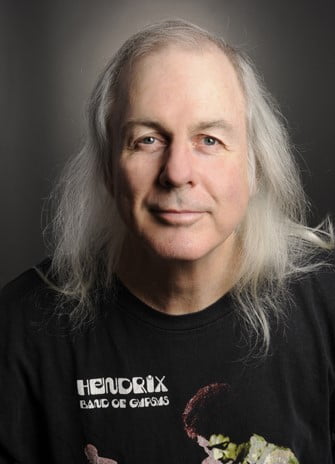 On Friday December 7th York University Professor of Music, Rob Bowman, was nominated for a Grammy Award in the Historical Reissue category as co-producer for the Numero Group’s 2017 two disc compilation Jackie Shane: Any Other Way.

This is Bowman’s sixth Grammy nomination and second as a producer. In 1996, Bowman won a Grammy in the Album Notes category for the 47,000 word essay he wrote to accompany The Complete Stax/Volt Soul Singles Vol. 3: 1972-75.

In addition to co-producing Jackie Shane: Any Other Way, Bowman penned the 20,000 word album notes that are included in the package which tell the incredible story of the enigmatic soul singer. Jackie Shane was born in Nashville as a boy in 1940. At the age of 13, Jackie told her mother that she was a woman in a man’s body and began wearing makeup to school in the segregated Jim Crow south. Six years later she came to Canada as part of a travelling carnival, becoming a star first in Montreal and then in her adopted home of Toronto. In 1963, Shane had a number 3 hit on Toronto radio with her brilliant cover of William Bell’s “Any Other Way.”

While never dressing as a transvestite onstage, Shane wore makeup and effeminate clothing and, given that the word transgender was virtually unknown in the 1960s, was understood by her audience as a gay man. Her impact on many people in the then largely underground Toronto gay scene was immense. In December 1971, Shane mysteriously left Toronto and never recorded or performed again. Revered for decades among soul music collectors around the world, copies of her original recordings regularly sold for substantial sums of money. For years, her fans thought that she had died but instead she had deliberately vanished from public view and was living a quiet, private life, at first in Los Angeles and then in Nashville.

In addition to a her extraordinary work as a lead singer, Shane played sessions as a drummer for a number of R&B and gospel records for a range of artists including Sister Edna Gallmon Cooke and Joe Cocker. Friends with Jimi Hendrix and Little Richard, Shane’s story takes a number of wild and unpredictable turns. Prior to Bowman’s work for the Any Other Way reissue, Shane had never done a serious interview. Over a series of three months, Bowman recorded thirty-three hours of interviews with Shane and spoke to her more informally for dozens of additional hours. The resulting essay tells a story that Hollywood script writers would find impossible to conceive.

Rob Bowman has been writing professionally about rhythm and blues, rock, country, jazz and gospel for over forty-five years interviewing extensively several hundred artists ranging from Bob Marley to Mick Jagger. He is the author of Soulsville U.S.A.: The Story of Stax Records (Schirmer Books), winner of the 1998 ASCAP-Deems Taylor and ARSC Awards for Excellence in Music Research. In 2013 Soulsville U.S.A. was inducted into the Blues Hall of Fame in Memphis.

In the past year Bowman has worked on box sets for Bob Dylan, the Rolling Stones, and Rush and has just finished working on a three CD set documenting the work of cutting-edge Canadian synthesizer composer John Mills-Cockell. A tenured professor at York University in Toronto, Bowman pioneered the study of popular music at Canadian universities and regularly lectures on popular music around the world.