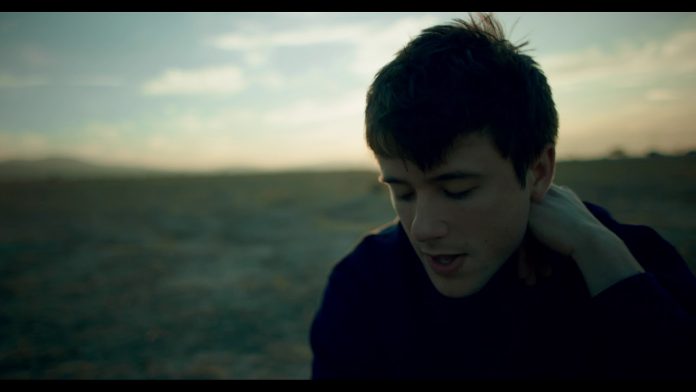 Atlantic recording artist Alec Benjamin has officially announced his second North American headline tour. Dubbed “The Outrunning Karma Tour,” dates get underway March 29th in San Francisco, CA and will continue through early May with a finale show at Los Angeles, CA’s historic El Rey Theatre. Tickets go on sale Friday, December 14th at 10am local time. There will be a special presale for fans on Wednesday, December 12th at 1pm EST.

The “Outrunning Karma Tour” announce comes on the heels of the final show in Benjamin’s first-ever U.S. headline tour, which just ended Saturday night in Alec’s hometown of Phoenix, AZ and sold out every date well in advance, a huge feat for the rising singer-songwriter. Benjamin will also appear at a number of upcoming radio-sponsored holiday concerts across the country, including NEW 102.7’s Holiday in NEW York Featuring Charlie Puth, set for NYC’s historic Bacon Theatre on December 13th. 2019 will kick Alec’s nearly sold-out debut headline tour of Europe and the United Kingdom, set to begin in January. See full routing below.

Only a few weeks ago, Benjamin released his highly-anticipated mixtape NARRATED FOR YOU. The 12-track collection has received praise from fans and critics alike, with both THE NEW YORK TIMES and TIME applauding fan favorite “The Water Fountain” on release day.  NARRATED FOR YOU includes the chart-climbing single lead single, “Let Me Down Slowly,” which has accumulated over 110 million global streams to date. The single has drawn critical applause akin to its popular reception, with Blackbook hailing it as “a stunningly visceral new single,” and praising Benjamin’s “youthful but compelling vocal delivery” and “gift for lyrical complexity.” “‘Let Me Down Slowly’ condenses (Benjamin’s) obvious songwriting talent into something potent and gut-wrenching,” raved Idolator. Alec’s visually compelling companion visuals for mixtape tracks “Let Me Down Slowly,” “If We Have Each Other,” and “Boy In The Bubble” have amassed nearly 20 million collective views on YouTube

In addition to love from fans and critics, Benjamin has begun to garner support from other musicians, including Billie Eilish, Meghan Trainor and one of his biggest inspirations, John Mayer. After declaring Alec a “young Jedi” for his songwriting craft, Mayer invited him onto his Instagram Live TV show called “Current Mood,” this past Sunday. The two performed Alec’s songs “Death Of A Hero” and “Annabelle’s Homework” live on Mayer’s Instagram to his over 3.7 million followers.

Alec Benjamin simply refers to himself as a “narrator.” Inspired by Eminem, Paul Simon, and Citizen Cope, the Phoenix-born, Los Angeles-based songwriter fashioned a cinematic, lo-fi sound that stirred up a buzz online right out of the gate, landing him a major label deal by the age of 18. A day after he turned in his first album, he was dropped by the label he thought would take his artist project to the moon. However, it was going to take a lot more to stop him. Alec immediately hit the road for a self-booked European tour in May 2016. He performed “parking lot shows” for fans outside of Shawn Mendes and Troye Sivan concerts, handing out business cards to leave a tangible keepsake for those listening and building his brand from the ground up.

Shortly after the tour, he jumped in the studio with Jon Bellion and ended up earning a co-write on the pop star’s debut album, “New York Soul (Part II). This session would also open the door for Alec to join Bellion on tour directly after. With an insatiable urge to rise to the top, the tenacious prodigy found himself back performing in parking when he wasn’t on-stage opening for Bellion. Knowing that some of those fans would search for him after the performances, Alec made it his mission to consistently uploaded one new song every two weeks to his YouTube channel and build a catalog his fans could listen to. Within the span of six months, he logged over 165 shows and amassed 150K YouTube subscribers simply through perseverance and a D.I.Y. attitude. Alec managed to hit even bigger strides in 2017 when his viral hit “I Built A Friend” ignited online, clocking nearly four million Spotify streams in under a year and earning airplay for millions of Americans on the national TV show, America’s Got Talent. While his story is certainly one of a kind, Alec’s narrative is only just beginning.