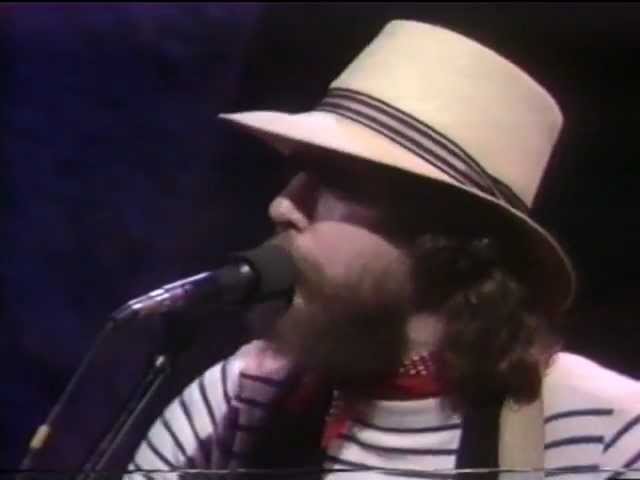 The Canadian Songwriters Hall of Fame (CSHF) and the Festival international de la chanson de Granby (FICG) are proud to announce that the song “Bleu et blanc” – written by Franco-Ontarian songwriter Robert Paquette – will be inducted into the Canadian Songwriters Hall of Fame. The induction will happen on August 26, live from the Scène Desjardins, during the closing concert of the 50th edition of FICG. “I’ve always maintained good relations with the Festival,” says Paquette, who was a finalist during the 1971 edition, before winning the People’s Choice Award in 1972. “I’m super-happy that the induction will take place there!”

“Bleu et blanc” was deemed a SOCAN Classic in 2001, for having aired more than 100,000 times on the radio. It was also included in a list of 150 popular songs compiled by Le Journal de Montréal for Canada’s 150th anniversary.

Paquette was the first Franco-Ontarian to record a professional studio album. The singer-songwriter was driving home to play a concert in Sudbury in 1976 – from his base in Montréal, where he was pursuing a solo career – when the song came to him in its entirety. Paquette was so struck by it that he stopped at a pay phone to call home, saying, “I’ve just come up with a really good song.”

That December, back in Montréal, Paquette laid down “Bleu et blanc” at Studio Six, along with other songs for the album Prends celui qui passe, which was released in Canada and Europe by Kébec-Disc. The uptempo “Bleu et blanc” was released as a 45-rpm single with “Baba nam” (from the same album) on the flip side, and sheet music was also published. To Paquette’s surprise, two Montréal radio stations, CKOI and CHOM, both included it in their rotation. “Because the song was unusually long, at more than six minutes, I didn’t think it would get commercial radio airplay, but the public reaction was really good. Listeners began asking CKOI and CHOM to air it, and it took off.” “Bleu et blanc” was on its way to becoming a classic of the French-Canadian music scene.

As with the very best poetry and song lyrics, “Bleu et blanc” deals with passion and emotional symbols. The song begins with the singer re-telling his chance encounter with an old, down-and-out hobo, in which he asks if the old man has given up hope. His wise reply proves to be a valuable life lesson that both surprises and influences the singer. “Back in Ontario, I used to meet down-and-out fellows who would ask for a dime to get a sandwich or a coffee. Then in Montréal I met one who asked for a whole dollar, but he was honest about it; he wanted money for wine,” said Paquette. “The song is about contrasts, truth and passions, and taking into your own hands the things that matter to you.”

Paquette intended the colourful kites in the chorus (“Bleu et blanc, vert et rouge/Sont les couleurs des cerfs-volants,” or in English, “blue and white, green and red, are the colours of kites”) to represent flags: red for the Canadian flag, blue and white for Québec’s fleur-de-lis, and green and white for a new flag that had recently been proposed for Franco-Ontarians; white represents purity and red represents passion. The song’s kite imagery also suggests freedom – freedom to go with the wind and freedom from practical necessities. A more direct reference is one to Québec politics in the line “Tout le monde parle de révolution” (everyone’s talking revolution), referring to November 1976, just before the song was recorded, when the Parti Québécois was elected to power in Québec, while many French-Canadians in Paquette’s Northern Ontario hometown were keeping a close eye on the process.

Paquette made the enigmatic, philosophical “Bleu et blanc” a staple of his concert tours for the next decade in Canada, the U.S. and Europe. Notably, his performance at Switzerland’s famous Montreux Jazz Festival in July 1979 (with an outstanding jazz sax addition) was captured on the live album Robert Paquette: Europe. “Bleu et blanc” is also featured on Paquette’s 1995 compilation album Moi j’viens du nord (DisQuébec, CD). Other recordings on which “Bleu et blanc” can be heard include 30e Anniversaire— Festival international de la chanson de Granby, New Brunswick group Garoche’s Jour après jour, and Winnipeg Folklorama’s Celebrate! in a cover by Rendez-Vous. The sheet music appears in the song collection Chante la vie as well as in Paquette’s own songbook, published in 1980.

Singer-songwriter-producer Robert Paquette was born in 1949 in Sudbury, Ontario. Influenced by English pop music and by the songs of Félix Leclerc, Gilles Vigneault, and Claude Leveillée, Paquette sang and played guitar with the bands Les Chat-Uteurs and Marketville Riot in Northern Ontario before moving to Montréal and embarking on a solo career. From the mid-1980s he wrote music for theatre and did television work. His song “Jamaica” is another SOCAN Classic, and Radio-Canada ranked him No. 1 on its list of the most important Franco-Ontarian musicians.