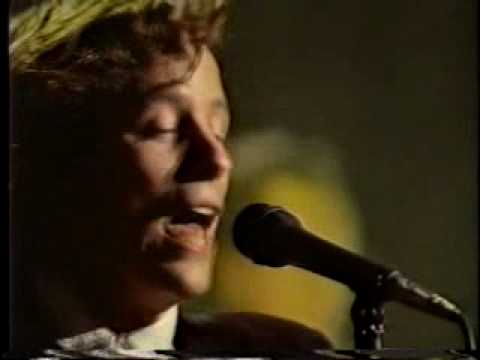 In celebration of the 30th anniversary of their debut, self-titled album, Barney Bentall and the Legendary Hearts have announced a few Canadian dates in 2019. The Juno Award-winning band, whose present-day lineup features Bentall and Legendary Hearts Mike Crozier, Jack Guppy, Colin Nairne, and Dave Reimer, released the platinum-selling album in June 1988. The eponymous album featured their chart-topping single “Something to Live For,” as well as radio playlist staples “Come Back to Me,” and “The House of Love (Is Haunted).”

Canadians first met Barney Bentall and the Legendary Hearts when MuchMusic embraced an indie music video for their heartland anthem “Something to Live For.” Soon after, they released a self-titled album via Epic Records, which sold over 100,000 units and earned the band a JUNO Award for Best New Group. As life began moving at a dizzying speed, Barney Bentall and the Legendary Hearts were swept into a circle of peers that included Blue Rodeo, k.d. lang, The Tragically Hip, Colin James, 54.40, and The Odds. Their career education took place in parlaying strong grassroots popularity into a national following, and by playing to crowds in seedy bars, concert halls, and arenas all over Canada. At its peak, the band was playing 200 shows a year, graduating from touring in a van, to a motorhome, to tour buses.

Barney Bentall and the Legendary Hearts released four further studio albums: The Lonely Avenue (1990), Ain’t Life Strange (1992), Gin Palace (1995), and Till Tomorrow (1997). A Greatest Hits 1986-1996 was released in 1996. Their body of work amassed twenty Top 30-charting radio singles and multiple platinum or gold-selling albums. Toward the close of the 1990s, the band members each transitioned into their own musical endeavors, including Bentall who went on to release four solo recordings. Since going their separate ways over 20 years ago, the band still performs live together on special occasions, and will take this 30th anniversary celebration to select cities throughout Canada in March 2019.