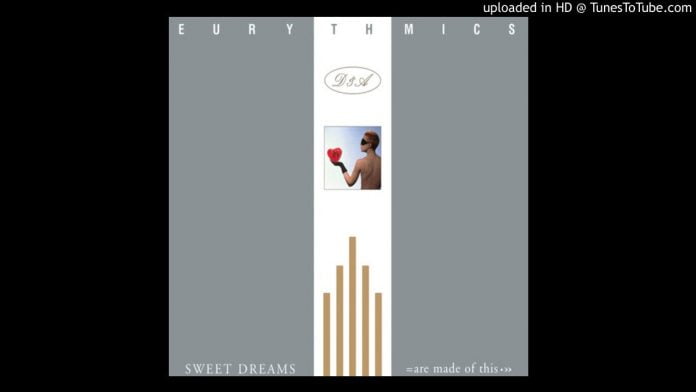 “Sweet Dreams (Are Made of This)” by Eurythmics was released as the fourth and final single from the album of the same name in early 1983. The song became their breakthrough hit, establishing Annie Lennox and Dave Stewart worldwide. Its music video helped to propel the song to number 2 on the UK Singles Chart and number 1 on the US Billboard Hot 100. It was the first single released by Eurythmics in the US.