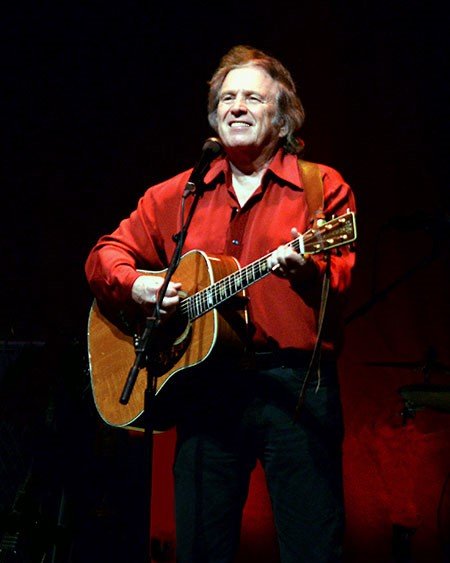 On February 3, 1959, a chartered aircraft crashed in Mason City, Iowa just minutes after takeoff claiming the lives of Buddy Holly, Ritchie Valens, J.P. “The Big Bopper” Richardson and the pilot, Roger Peterson. The fateful day was coined “The Day The Music Died” by iconic singer and songwriter Don McLean, in his hit song “American Pie.” As the 60th anniversary of the tragic plane crash approaches, McLean has not forgotten the day that inspired his magnum opus.

“Buddy Holly was only 22 years old when he died on February 3, 1959,” said McLean. “By that time he had recorded something like 60 songs and every one of them was a hit, and most were hit records. Even the Beatles can not compare to the magnitude of this contribution. The music he made, he invented himself, with very little help from others.”

“American Pie” was released in 1971 and spent four weeks at No. 1 in 1972. In 2001, thirty years later, the Recording Industry of America named it the fifth greatest song of the 20th century.

In 2016, McLean re-released “American Pie” in celebration of the 45th anniversary. Music lovers can hear his classic songs on their original vinyl format. The single has been newly remastered from analog tape by Robert Vosgien and the lacquers cut by Ron McMaster, both at Capitol Studios in Hollywood.

One of McLean’s four handwritten copies of the lyrics to “American Pie” was auctioned by Nate D. Sanders Auctions on January 26, 2017 with the bidding starting at $100,000. It is the second copy to be offered to the public, with the first being sold in 2015. The Harvard University Library has a copy, and the final copy is said to have been given to a close friend of McLean. The lyrics are on eight pages of McLean’s personal stationery in blue ink, featuring the American Pie album art of the gold thumbs up and his signature.