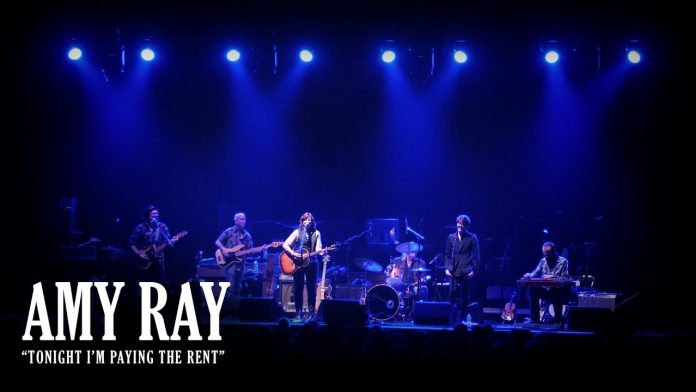 Brandi Carlile: You’re writing about the South and probably people you know, and it definitely resonates. It’s super beautiful. I don’t usually like to bother somebody and ask them what a song is about, so I wont. I’ll just tell you that I love the metaphor of “Fine With The Dark.” So, why are you fine with the dark?
Amy Ray: I’m fine with the dark because I think darkness is important, and I think metaphorically we too often associate negativity with the color black, and racism and everything. I think that the metaphor of darkness and light is used by everybody. It’s used in African American literature, it’s used in white literature, it’s used in Hispanic literature, it’s used in all literature—but there is a point where it can start being used where darkness is always invoked in a negative way. I am quite moved by Nina Simone and some of the writers of that era and singers of that era, black singers and black writers, who would point out in a sort of a tricky way that black was beautiful, and it needed to be said at the time.

So I was listening to “Black Is The Color Of My True Love’s Hair,” actually, and thinking about how subversive that song was when she sang it. That’s like one of my favorite songs of all time, of any song ever, and I can listen to it a million times over. Her way of singing it. So I just started thinking about that song when I was writing about how we’re taught there’s these definite metaphors for light and dark. And I mean, we do it ourselves in Indigo Girls, too. I try not to do it, now, but it’s done in our past. I was thinking about that, and I was just thinking about how one of the most beautiful moments of my life ever was when I experienced a black out in New York City and like how incredible it was to be able to see stars, and that sometimes I’m so tired that all I want is to be in dark. I think about field laborers and people who are baking in the sun, and their friend was when the sun went down. I was thinking about all that when I wrote it, and I had been listening to not just Nina Simone but Elizabeth Cotton, who is just one of my favorite African American guitar players. I was thinking about her and her style—it’s impossible to cop—but I was trying to learn how to do finger-picking that way and listened to her on a plane ride where I just left that—it’s like a greatest hits sort of collection of her stuff that I have on my iPod, it’s like a playlist, and it was running and running and running and I got back to my house and I was just like, “Alright, let’s try to play that way.” This is the song that came out of it, basically. Learning how to play like that, I can’t really do it yet, but the song that came out was kind of like when I was trying to learn how to play banjo, it ended up being a song that I liked and I can’t totally execute it. I mean, I play it live on the record but it’s not everything I want it to be. It’s almost fragile. I tried to get better and better at it, but Brian was like, “I want you to record this before you get too good at what you’re doing because I want that fragileness.” I was like, “Easy for you to say, you don’t have to suck on the record.”