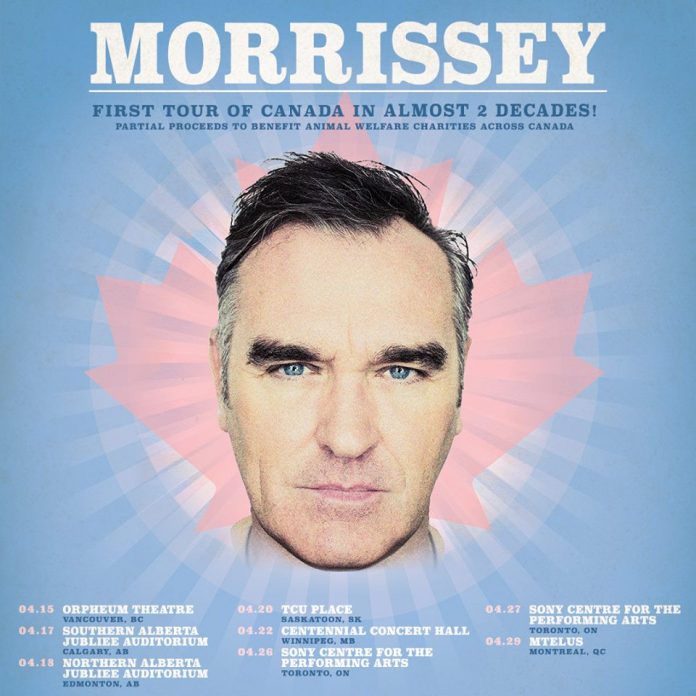 After a 13-year boycott of the country in protest of the seal hunt, the legendary former singer of The Smiths is set to play a number of Canadian shows this spring. Tickets on sale this Friday 10AM here.