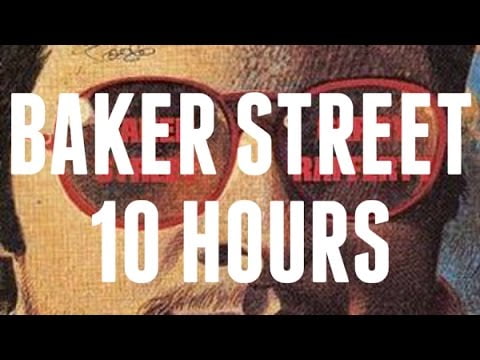 “Baker Street” by Scottish singer-songwriter Gerry Rafferty and features one of the most popular sax solos, ever, as a prominent eight-bar saxophone riff played as a break between verses, by Raphael Ravenscroft.

In January 2011, radio presenter Simon Lederman revealed that Ravenscroft thought the solo was out of tune. When asked during a live radio interview on BBC Radio London, “What do you think when you hear the sax solo now?” Ravenscroft replied, “I’m irritated because it’s out of tune; yeah it’s flat; by enough of a degree that it irritates me at best”, and admitted he was “gutted” when he heard it played back. He added that he had not been able to re-record the take, as he was not involved when the song was mixed.

Here’s that solo, for 10 hours. Because, internet.