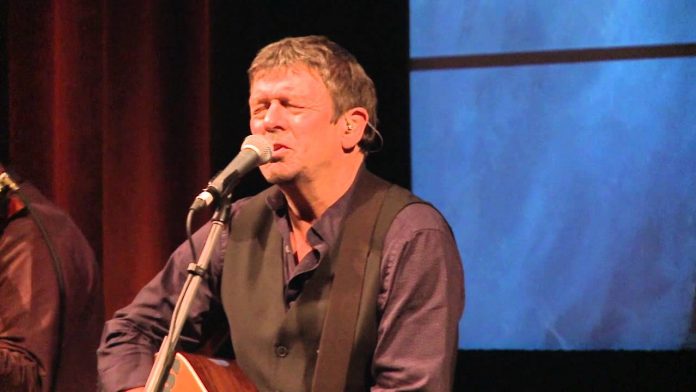 Celebrating Canada’s greatest songwriters and songs, the Canadian Songwriters Hall of Fame (CSHF) partners with the 31st annual East Coast Music Awards (ECMA) to honour the legacy of a national music icon and enduring Maritime ballad. The Canadian Songwriters Hall of Fame is pleased to announce the induction of musical storyteller Stan Rogers, and the induction for the song, Peter’s Dream, by 18-time ECMA winner Lennie Gallant, who is also confirmed as a performer at this year’s ECMAs in Charlottetown, P.E.I.

After the ECMAs, music fans from across Canada and the world can see inductees celebrated through exhibitions at Studio Bell, home of the National Music Centre, in Calgary. As the physical home of the Songwriters Hall of Fame, the National Music Centre will continue to honour new inductees through on-site exhibitions, featuring stories, photos, artifacts, and memorabilia.

“I am deeply honoured to have Peter’s Dream inducted to the Canadian Songwriters Hall of Fame. It means the world to me that so many people have covered this song and were moved by it,” said Lennie Gallant. “There is no greater reward for a songwriter than to have a song take on a life of its own, and that certainly seems to have happened with Peter’s Dream. Songwriting is my passion, so to have one of my songs added to this amazing Canadian collection is something I’ll always treasure.”

The Canadian Songwriters Hall of Fame will present Stan Rogers’s induction to his family and widow, Ariel Rogers, with a performance by JUNO-winning artist, Old Man Luedecke. The song induction for Peter’s Dream will be presented to Lennie Gallant, and performed by hometown folk-pop singer Rose Cousins. Both inductions will be part of the East Coast Music & Industry Awards on Sunday, May 5th beginning at 7:30pm ADT in Charlottetown, P.E.I.

Stan Rogers was born in Hamilton, Ontario, and absorbed the sounds of traditional music while spending summers in his mother’s hometown of Canso, Nova Scotia. Rogers gained national prominence playing his own folk-roots compositions for CBC Radio and on “Celtic Godfather” John Allan Cameron’s popular TV show. In the 1970s he appeared (often with his brother Garnet) at such prestigious events as the Mariposa and Winnipeg Folk Festivals, winning over audiences nationwide with his authentic celebrations of Canadian culture and experience. Rogers wrote dozens of memorable songs, often ship- or history-related, from The Nancy, about a Great Lakes naval battle during the War of 1812, to the more contemporary Make and Break Harbour. There was also his Bluenose – symbol of his beloved Nova Scotia – and The Wreck of the Athens Queen. But his songs also explored the West (Field behind the Plow), the North (Northwest Passage) and Ontario (White Squall), making him a truly national folk bard.

“Northwest Passage” (1981) was Rogers’s last studio album before his life was cut prematurely short. He tragically died at age 33 on June 2, 1983 aboard an airplane, as he was returning home from performing at the Kerrville Folk Festival in Texas. Since his death several albums of earlier material have been released, allowing his immense talent to live on.