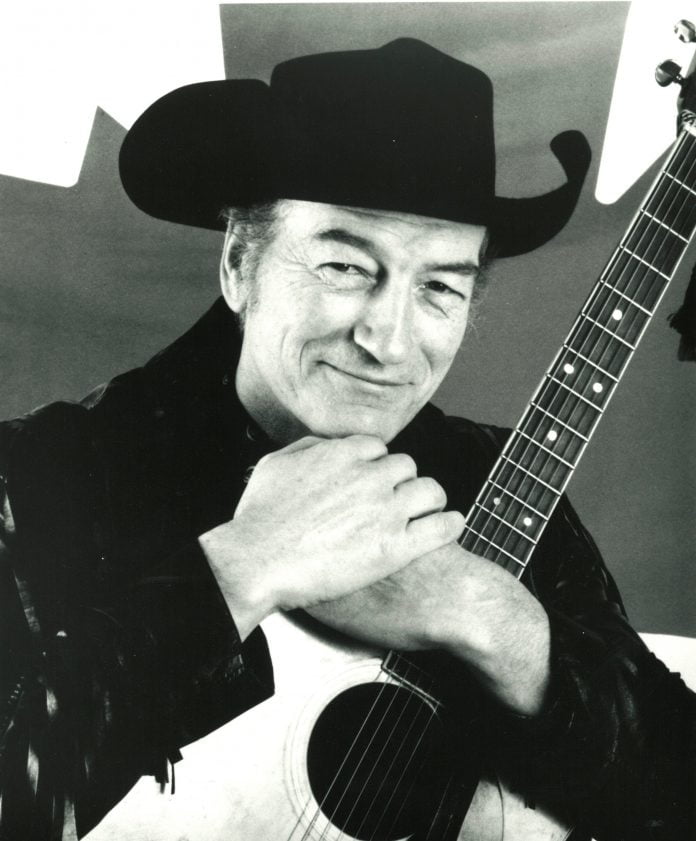 Iconic anthem The Hockey Song, written and originally performed by legendary Canadian folksinger Stompin’ Tom Connors, will be inducted into the Canadian Songwriters Hall of Fame (CSHF) in a special ceremony on Saturday, October 27, in partnership with the Toronto Maple Leafs. Released in 1973, the beloved song is celebrating its 45th anniversary as a staple tune played throughout Canadian and American NHL arenas, and at every Toronto Maple Leafs home game.

A quintessentially Canadian song about a quintessentially Canadian game, The Hockey Song is the best-known example of Connors’ unique brand of fervent nationalism. Its up-tempo style with a cowboy-booted backbeat reflected the swift pace of the game, and in Tom’s typical catchy novelty-song style, his three verses corresponded to the three periods of a hockey game with each verse calling the action like a play-by-play announcer, in a familiar structure that has endeared fans and players alike. Stompin’ Tom was often invited to perform it at NHL games, and his song became not only a hockey theme song, but an unofficial national anthem.

Connors’ hockey anthem has been recorded by artists as diverse as contemporary country’s Corb Lund, country-bluegrass veterans The Good Brothers, and pop superstar Avril Lavigne. The song reached No. 29 on Billboard’s Canadian Hot 100 chart on March 23, 2013, a few weeks after his death.

“This year, the Canadian Songwriters Hall of Fame is partnering with events that share a connection with the songs we’re inducting,” said Vanessa Thomas, Executive Director of CSHF. “There’s not a more fitting stage to celebrate Stompin’ Tom’s The Hockey Song than at an NHL game. We are very excited to see the crowd’s passion for the song and to honour this classic into the Songwriters Hall of Fame.”

On October 27, Tom Connors Jr., son of late Stompin’ Tom Connors, and family will be presented with a plaque recognizing The Hockey Song’s induction to the Canadian Songwriters Hall of Fame at Scotiabank Arena, home of the Toronto Maple Leafs. Later that evening, the family will also receive a special gift before a live performance of The Hockey Song by chart-topping award winner and platinum selling Canadian artist Tim Hicks at the Maple Leafs versus Winnipeg Jets game.

“The Connors family would like to express how appreciative we are to the Canadian Songwriters Hall of Fame for inducting The Hockey Song to join so many other great Canadian songs that have helped shape our identity,” said Tom Connors Jr. “Tom wrote this song in 1971 and it’s wonderful to see how fans to this day, continue to call it their “Hockey Anthem” at all levels and ages of hockey players around the world. We hope his song will inspire others to pen memorable, identifiably-Canadian songs in the future for all to enjoy.”