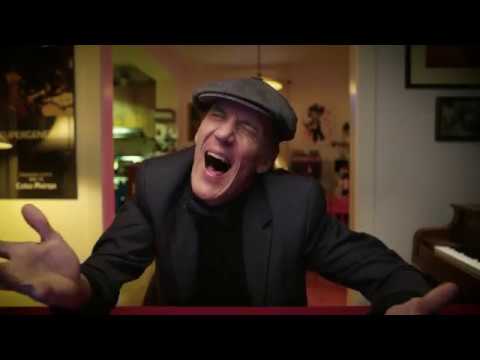 Stony Plain Records is proud to announce the release of acclaimed guitarist and performer Kevin Breit’s “Stella Bella Strada” his second solo album for the label, to be available on iTunes, Amazon, Spotify and all digital retailers on May 31.

Produced, engineered, mixed, and mastered by Kevin himself, the release of “Stella Bella Strada” marks the fourth release from Canada’s leading folk/roots label, Stony Plain Records. Says Holger Petersen, founder and President of the label, “Kevin Breit is one of the most creative and imaginative musician I’ve ever worked with. What he brings is far beyond incredible guitar playing. He is master arranger, composer and soulful visionary who’s tones and phrasing color his music with sophisticated timeless concepts and good humor. To my ears Kevin’s music includes blues based slide guitar playing with a heavy dose of Frank Zappa’s composition influence. But Kevin is his own man – there’s no one like him!”

Breit has been honoured with several awards, including a Maple Blues Award, Gemini Award, National Jazz Award, Canadian Folk Music Award and two Juno Awards for his own recordings, and he has performed on other recordings that have earned a total of 10 Grammy Awards.

His album, Johnny Goldtooth and The Chevy Casanovas, was nominated for instrumental album of the year at the 2019 Juno Awards.

Says Kevin on the album title, “Stella Bella Strada loosely translates to ‘beautiful star of the road’ and is aptly named for a new guitar built by Master Luthier and grand friend, Joseph Yanuziello. Did I want a one-of-a-kind instrument that could offer a fiery tone and is capable of fitting in many genres? Yes. Did I want an instrument that was lightweight and didn’t require a chiropractor after every show? Yes. Did I want Marcello Mastroianni and Sophia Loren peeking out from under the Mojo pickup grills? Yes. Did I want it to light up when it was in high gear? Yes. Did I want my initials on the tone and volume controls? Why not? So, this is where the road trip starts.”

Kevin’s riveting album isn’t just a one-person project, even though he’s always at the helm. The release is enhanced by his staple of band members and special guests. “Andy McNeill, longtime friend, supplied me with some all time groovy Chamberlin and Optigan drum loops, which, in themselves, ooze so much character and vibe. My fellow travellers would include the quartet I have been a member of for the better part of a quarter century, the Sisters Euclid – Ian DeSouza, Mark Lalama and Gary Taylor. Riding shotgun is drummer, Davide DiRenzo, another longtime friend. My brother Gary was also a big part of the ride, sitting behind the Wurlitzer and AceTone organ to provide that Las Vegas strip feel. The horn section consisted of the ever fantastic, Rebecca Hennessy, Perry White, Tom Richards and Vincent Henry. William Lamoureux, a young Quebec born violinist, weaves throughout the recording with much taste and musicality. There are 2 busloads of my musical friends playing and singing on Stella Bella Strada and it brought me great joy to have them all aboard.”

Breit adds, ”On this recording, I wore several hats: producer, engineer,mixing and mastering. What I know of these things are somewhat laughable but I loved every crazy second of it. I hope when you listen to Stella Bella Strada, at the very least, you will hear me smiling.”