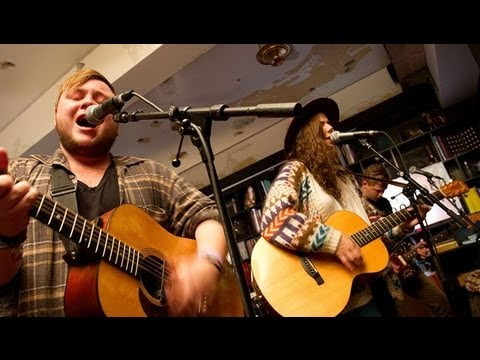 In addition, fans can get pre-sale tickets through a special Spotify pre-sale which goes on sale Wednesday, May 15th at 10am local time.

The tour takes the band to 18 dates across the country including New York’s Radio City Music Hall on September 5th and Los Angeles’ Hollywood Palladium on September 22 and 23. Every online ticket purchased comes with one CD of Of Monsters and Men’s new album, FEVER DREAM.

The tour is in celebration of the band’s upcoming album FEVER DREAM out July 26th. Pre-order FEVER DREAM here and check out albums first single “Alligator” here. In addition, the band announced the album with a series of exclusive limited-edition vinyl available on their online store.

Finally, this week the band will appear on The Tonight Show with Jimmy Fallon on May 15 for the tv debut performance of “Alligator.”

OF MONSTERS AND MEN went from the talk of Iceland to the top of the global conversation on their 2011 debut, My Head Is An Animal. Not only did the record go platinum, but it also produced an international smash in the form of “Little Talks.” The breakthrough single earned a quintuple-platinum certification from the RIAA, made history as “the first song by an Icelandic band to cross 1 billion streams on Spotify,” and landed the band a performance on Saturday Night Live. The group appeared on official soundtracks for franchises such as The Hunger Games, The Walking Dead, and Beat Bugs, to name a few. In addition to performing at festivals such as Coachella, Lollapalooza, Firefly, and beyond, they supported Florence + the Machine on a high-profile arena tour. In the midst of this rapid rise, 2015’s Beneath The Skin bowed in the Top 3 of the Billboard Top 200 and the band starred in an episode of HBO’s Game of Thrones in the same year.