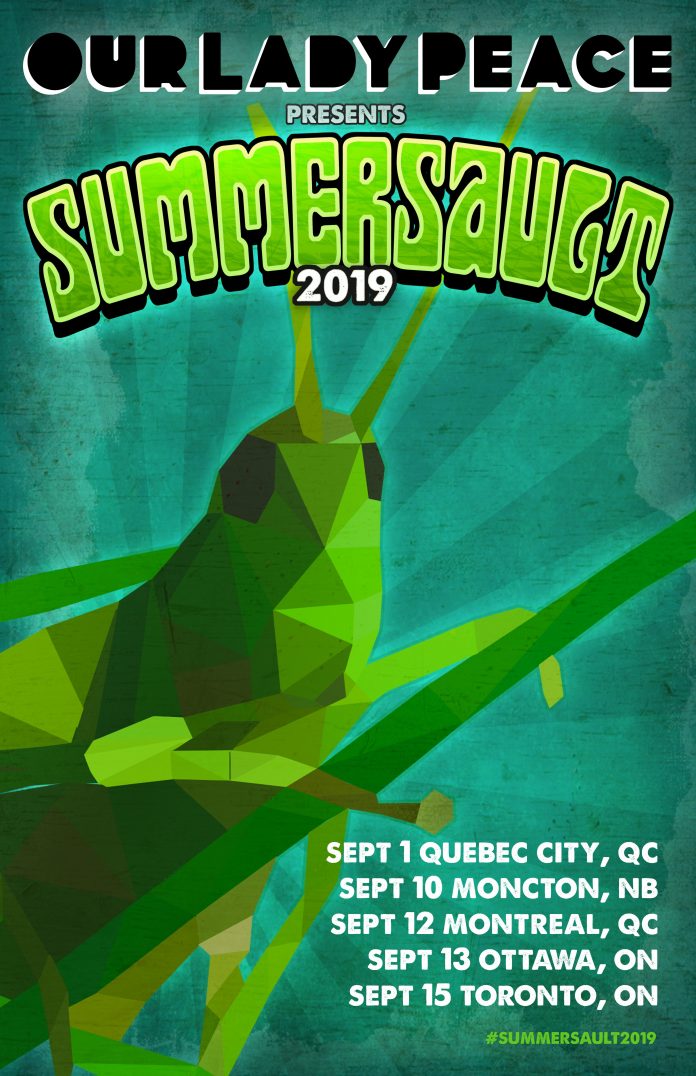 “Summersault began as a little idea. We asked a handful of Canadian bands we were fans of to join us on a few outdoor shows in 1998. The bands agreed and Summersault was born. The next year our list grew to include International bands like the Foo Fighters, Deftones, Smashing Pumpkins, A Perfect Circle, The Catherine Wheel, and Sum41. Summersault quickly grew to a cross Canada Festival. It was the first time many of these bands had ever visited or played cities like Edmonton, Winnipeg & Halifax. We are proud to have exposed them to these and other incredible Canadian cities back in 2000 and this year feels like the right time to relaunch Summersault. We couldn’t be more excited to bring it to Canada again,” said Raine Maida, Our Lady Peace.

Summersault Festival was first launched in 1998 and included performances from Our Lady Peace, Moist, I Mother Earth, Sloan, Esthero and Treble Charge at Molson Park in Barrie, Ontario to over 35,000 fans. In 2000, Summersault returned with a national tour the included performances from Our Lady Peace, The Smashing Pumpkins, Foo Fighters, A Perfect Circle
The Catherine Wheel, Treble Charger, Eve 6, Sum 41and Deftones.