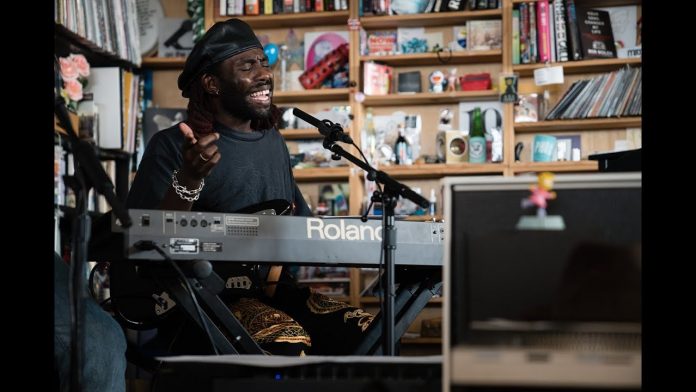 This Blood Orange Tiny Desk is a beautifully conceived concert showing off the craft and care that has made Devonté Hynes a groundbreaking producer and songwriter. It’s a distillation of themes found on Dev Hynes’ fourth album as Blood Orange, titled Negro Swan. Themes of identity, both sexual and racial, through the eyes of a black East Londoner (now living in New York) run through this album and concert. Dev Hynes is a composer who fits as comfortably in the worlds of R&B, gospel and electronics as he does in the classical world of someone like Philip Glass.