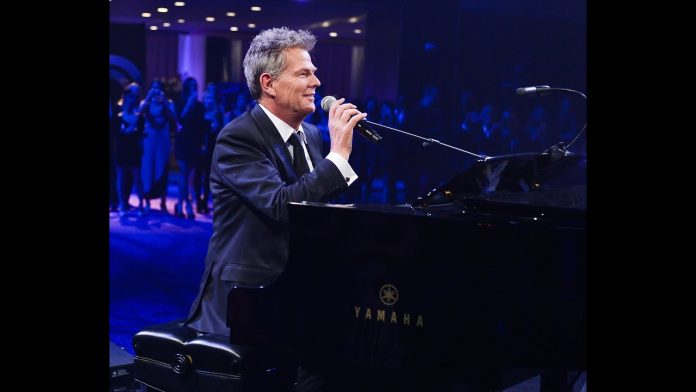 Bell Media Studios and Melbar Entertainment Group have joined forces on a new feature documentary, DAVID FOSTER: OFF THE RECORD, it was announced today. The film about the 16-time Grammy Award-winning producer and composer is directed by Barry Avrich (The Last Mogul, Prosecuting Evil) and executive produced by Randy Lennox, Barry Avrich, Jeffery Latimer, and Marc Johnston. The project, currently in post-production, will enjoy a theatrical run before premiering on CTV and Crave. Broadcast details for CTV and Crave will be announced at a later date, as well as US and international release dates.

Blending rare archival footage, interviews, and unprecedented access to Foster himself, DAVID FOSTER: OFF THE RECORD is an up close and personal look at the extraordinary career of a producer, composer, and entertainer who has helped sell more than a half billion records working with some of the most successful artists of all time. Powerful and sometimes humorous, the film follows Foster’s relentless ambition, hunger, and rise to the top, as he becomes an iconic producer and songwriter, working with the likes of Chicago and Celine Dion at the beginning of his career, and later with Barbra Streisand, Michael Bublé, and Andrea Bocelli, just to name a few. Viewers also receive an inside look at the next chapter in his career – a first for Foster – Broadway, and a look into his personal life, which has occasionally become front-page news.

“I have spent a near half century devoted to making music and discovering talent all over the world so now it becomes a very daunting, emotional, and cathartic experience giving in to the process of having a film made about your life,” said David Foster. “I am both excited and nervous but most of all I hope that this film may serve as a guide to inspire young artists, songwriters, musicians and producers to relentlessly pursue their dreams and creative talents.”

Born in Victoria, BC, Foster began studying piano at age four. As the story goes, his mother was dusting the family piano, hit one of the keys, and was shocked when he correctly called out, “That’s an E!”, thus discovering he had perfect pitch. Starting as a studio musician, arranger, and recording artist with the band Skylark, Foster worked his way up the ranks to become one of the most successful songwriters and record producers in history. He’s behind 50 Top 20 hits; has 16 Grammy Awards; and another 47 nominations to his name, including three Academy Award nominations. He has also earned a reputation as a talent scout, playing a key role in the discovery and launch of Celine Dion, Josh Groban, and Michael Bublé. In 2002, David was inducted into Canada’s Walk of Fame and has also been inducted into The Canadian Music Hall of Fame, The Canadian Songwriters Hall of Fame, and the Songwriters Hall of Fame in the U.S. In 2013, he received his star on The Hollywood Walk of Fame. He also established the David Foster Foundation in 1985 with a mission to provide financial support to Canadian families with children in need of live-saving organ transplants, along with promoting organ donor awareness.