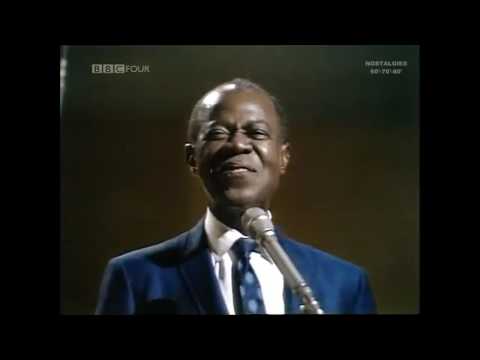 Imagine Documentaries President, Justin Wilkes, announced today that the company has reached an exclusive deal with the Louis Armstrong Educational Foundation to produce the definitive documentary on Jazz legend and beloved entertainer, Louis Armstrong. The deal comes with access to hundreds of hours of audio recordings, film footage, photographs, personal diaries and a life’s worth of ephemera for exclusive use in the first significant documentary dedicated entirely to his life. In addition to Louis’ prolific music and film career, Louis was an avid biographer and kept an almost daily audio diary from the early 1950’s until the day he passed in 1971, all on reel-to-reel tape recordings and all organized meticulously “for posterity” by “Pops” himself.

Widely known as the Promethean genius of modern American music teaching the world the language of jazz as its greatest singer and instrumentalist, Louis was an imaginative, insightful and industrious artist and entertainer of such depth and irresistible magnetism that he charted a number one record in 1964 (knocking The Beatles off the top of the charts), forty-one years after his groundbreaking recordings with his mentor Joe “King” Oliver. Offstage he was witty, introspective, and extremely complex. Louis was a beloved colleague and the definition of down-home but when crossed he could reveal an explosive temper. His larger-than-life and conventionally softened stage personality was much tougher and sharp-edged than his worshipping fans ever knew.

Production is scheduled to commence this fall. Over the last year, Imagine Documentaries’ has amassed a growing slate of productions which also includes the Bryce Dallas Howard documentary DADS, the Ron Howard directed documentary Rebuilding Paradise for National Geographic Documentary Films, a documentary about 13-time NBA All-Star Dwyane Wade for ESPN Films, Once Were Brothers: Robbie Robertson and The Band which is premiering as the opening night film at this year’s Toronto Film Festival, and the docu-series She The People with Sarah Jones, for CNN. The division recently teamed up with Apple to produce a slate of feature documentaries and docuseries, under an exclusive, first-look deal.

Imagine Documentaries was formed in 2018 by Imagine Entertainment Chairmen Brian Grazer and Ron Howard with a focus on developing and producing premium feature documentaries and non-scripted television. Based out of New York, Imagine Docs is run by Academy Award-nominated and multiple Emmy and Peabody Award-winning producers Justin Wilkes and Sara Bernstein.

The division expands on Imagine’s rich history in the documentary space which includes the hit National Geographic hybrid documentary series Mars, and Breakthrough as well as The Beatles: Eight Days a Week – The Touring Years which won the 2017 Grammy for Best Music Film, Jay Z’s Made in America, Prophet’s Prey, Katy Perry: Part of Me, Inside Deep Throat, and Beyond The Mat in the film space. Imagine Documentaries is currently producing the Ron Howard-directed film Rebuilding Paradise, which follows the Paradise, CA wildfires that most recently ravaged a community; Sound & Vision, the anthology docuseries with Rolling Stone Magazine; the docuseries She The People with Tony Award-winner Sarah Jones; the documentary DADS, with Bryce Dallas Howard directing; the Dwyane Wade documentary, This Is Brighton, a feature documentary about 14 year old Brighton Zeuner, the youngest-ever X Games gold medalist, and her journey to the 2020 Olympics; and Once Were Brothers: Robbie Robertson and the Band, a film executive produced by Martin Scorsese chronicling musician Robbie Robertson’s meteoric rise and the story behind The Band. Imagine also produced the Ron Howard directed Pavarotti about opera great Luciano Pavarotti, currently in theaters worldwide.

The Louis Armstrong Educational Foundation, Inc. was founded and funded by Louis Armstrong in 1969 and is celebrating its 50th Anniversary this year. The foundation was created to give back to the world “some of the goodness he received.” The Foundation is dedicated to perpetuating the legacies of Louis and Lucille Armstrong throughout the world to include fostering jazz music programs, performance training, workshops and lectures on the history of jazz. LAEF is a living legacy to “Satchmo” Louis Armstrong, the most important creative force in the early development and perpetuation of America’s music, Jazz. His influence, as an artist and cultural icon, is universal, unmatched, and very much alive today. The organization is managed by a 16-member Board of Trustees, Stanley Crouch is the Board President. Louis Armstrong was born in the Storyville district of New Orleans on August 4, 1901 – he settled in Corona Queens (New York) with his 3rd wife, Lucille. Through the years, Louis traveled the world as America’s “Jazz Ambassador,” entertaining millions, from heads of state and royalty to the kids on his stoop in Corona. Despite his fame, he remained a humble man and lived a simple life in a working-class neighborhood. To this day, everyone loves Louis Armstrong-just the mention of his name makes people smile!