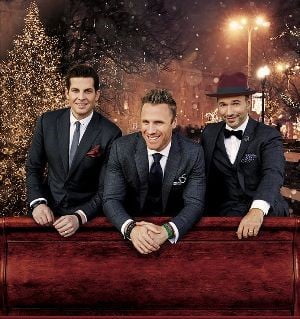 Kicking off in Seattle, WA on November 29, The Tenors will celebrate the holiday season with fans in 13 cities across Canada and the U.S. The Tenors will perform a selection of songs from their two Christmas albums, along with other festive favourites. The tour culminates on December 22 in Brantford, ON with a special celebration for the 100th anniversary of the Temple Theatre’s opening night.

Tickets for select shows go on sale starting Friday, August 23 at 10 A.M local time at tenorsmusic.com. VIP packages are available at the-tenors.wun.io and include premium seats, a personal photo with The Tenors, a signed 8 x 10 photograph and exclusive merchandise.

“Sharing the joy of the holidays through music with our families and extended families – our fans – is one of our favourite ways to celebrate the Christmas season,” said The Tenors.