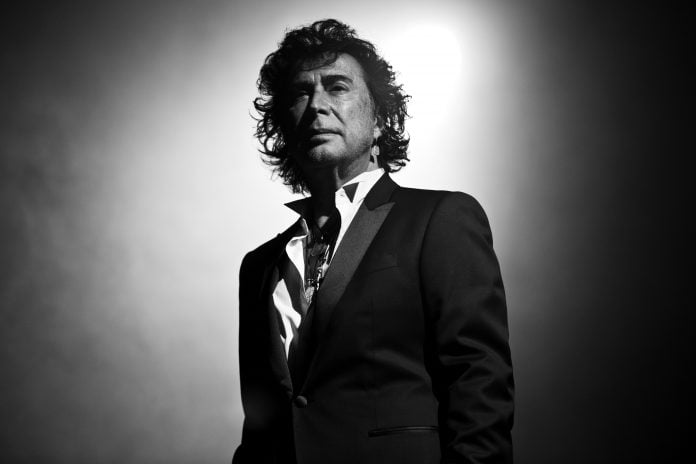 The Canadian Academy of Recording Arts and Sciences (CARAS) today announced four legendary Canadian artists will join The Canadian Music Hall of Fame. Inductees include Andy Kim, Bobby Curtola (posthumously), Chilliwack and Cowboy Junkies. The newest inductees will be celebrated at an industry event on Sunday, October 27 at Studio Bell, home of the National Music Centre in Calgary, AB.

“We are very proud to welcome these four highly deserving artists into The Canadian Music Hall of Fame,” said Allan Reid, President & CEO, CARAS/The JUNO Awards & MusiCounts. “Canada has such incredible talent that are represented on the international stage and The Canadian Music Hall of Fame Ceremony Presented by Music Canada will help us recognize and honour these individuals for all of their artistic contributions to the cultural fabric of our country.”

The newest members of The Canadian Music Hall of Fame are:
• Andy Kim: JUNO Award winner, Andy Kim got his start working at the iconic Brill Building in New York at a young age, where he went on to craft major hits including “Baby I Love You,” and “Sugar, Sugar.” Years later in 1974, he released the #1 hit song “Rock Me Gently.” Kim’s musical longevity was cemented with the release of his 2015 album, It’s Decided.

• Bobby Curtola: (Posthumously): From the beginning of his career at sixteen, to his rise to fame with his hit single “Fortune Teller,” and then receiving the first Canadian registered gold album, Bobby made his mark in Canadian music. Before the JUNO Awards’ inception, Bobby won an RPM Gold Leaf Award for Best Male Vocalist in 1966 and his early success helped shape the Canadian music industry of today.

• Chilliwack: Chilliwack’s style has continuously evolved since the band’s inception in 1970, championing genres including psychedelia, blues rock and eventually pop. The JUNO Award nominated* band known for their classic hits “Lonesome Mary”, “Fly at Night”, and “My Girl (Gone, Gone, Gone)”, head into their fifth decade continuing to thrill their audiences across the country with their live performances.
*Bill Henderson and Brian MacLeod took home a JUNO Award in 1982 for Producer of the Year for “Watcha Gonna Do”, “Secret Information” for Chilliwack.

• Cowboy Junkies: Anyone who has followed Cowboy Junkies’ journey knows the band has always traveled its own path. In 1988, they proved that there was an audience waiting for something quiet, beautiful and reflective. The Trinity Session was like a whisper that cut through the noise — and it was compelling. For the past three decades, the band has remained true to their unique artistic vision and to the introspective, quiet intensity that is their musical signature, creating a critically acclaimed body of original work that has endeared them to an audience unwavering in its loyalty.

The MusiCounts Inspired Minds Ambassador Award (MIMAA), presented by the Canadian Scholarship Trust Foundation will also be handed out during the Canadian Music Hall of Fame Ceremony. The award recognizes an individual who has had an extraordinary impact on education and the charity over the course of its history. The MIMAA recipient will be announced in the coming weeks.

An hour-long special showcasing the event will be available to stream on November 2, exclusively on CBC Gem. In addition, a second special highlighting the Canadian Music Hall of Fame inductees and featuring in-depth interviews will air as part of Music Day on CBC, broadcasting Sunday, March 15, 2020, ahead of The 2020 JUNO Awards on CBC.

The 49th annual JUNO Awards and JUNO Week 2020 will be hosted in Saskatoon, SK from March 9 through March 15, 2020, culminating in The JUNO Awards, on Sunday, March 15, at the SaskTel Centre, broadcast live on CBC, CBC Radio One, CBC Music, the free CBC Gem streaming service in Canada and globally at cbcmusic.ca/junos.