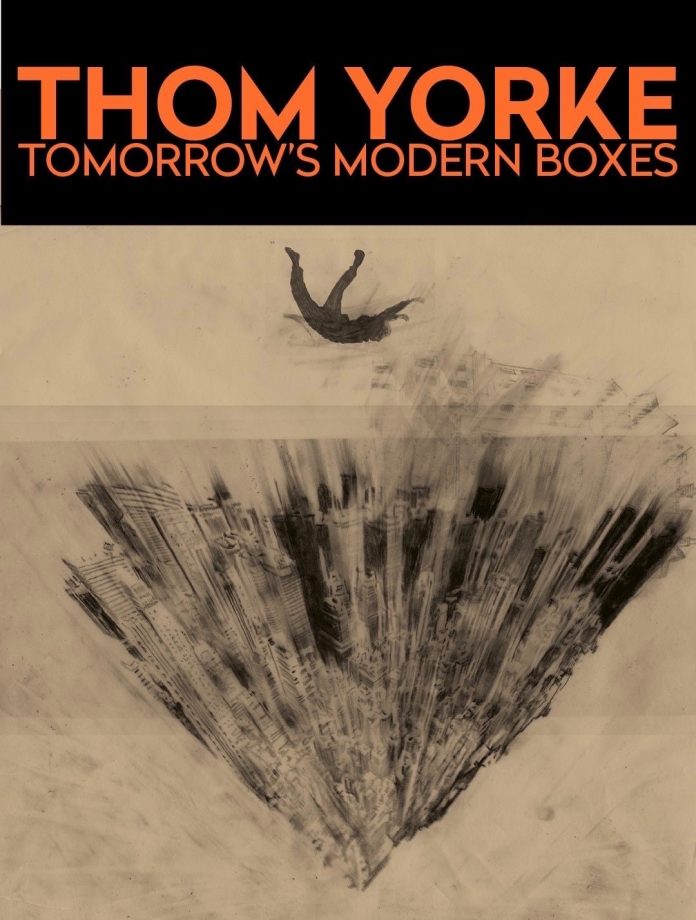 Currently playing in the U.S. through its October 29-30 two-night stand at the Greek Theatre in Los Angeles, Tomorrow’s Modern Boxes features the trio of Thom, Nigel and Tarik performing songs spanning Thom’s solo works, including The Eraser, Tomorrow’s Modern Boxes, Atoms For Peace’s Amok, and of course his recently released ANIMA.

ANIMA was released June 27, accompanied by a Paul Thomas Anderson-directed “one-reeler,” also titled ANIMA, exclusively viewable on Netflix. Both the album and the short film set to three of its songs have received overwhelmingly positive response, including The New York Times noting both the album’s “subtle, complex, changeable layerings and richly shadowy sounds” and praising the film as “elusive, dreamlike and worthy of its leading man: a singer who knows how to move.” Featuring several songs debuted live over the course of previous Tomorrow’s Modern Boxes performances, ANIMAwas written by Yorke, produced by Godrich and features the London Contemporary Orchestra on all nine tracks.

Reaction to the first few Tomorrow’s Modern Boxes U.S. performances in the wake of ANIMA’s release has been borderline ecstatic. Stereogum raved, “Complex programmed beats plus heavy rhythmic guitar and bass work added up to a powerful launchpad for Yorke’s one-of-a-kind voice, which performed its usual heavenly acrobatics Monday. What often scans as textural on record was much more visceral on stage… this was not a chin-stroking intellectual exercise. Yorke and company were putting on a goddamn show,” while the Columbus Dispatch described TMB as “an immensely effective immersive experience” and Pittsburgh Music Magazine praised the show’s “rave-like atmosphere with visuals that were stunning, dizzying, and dreamlike.”