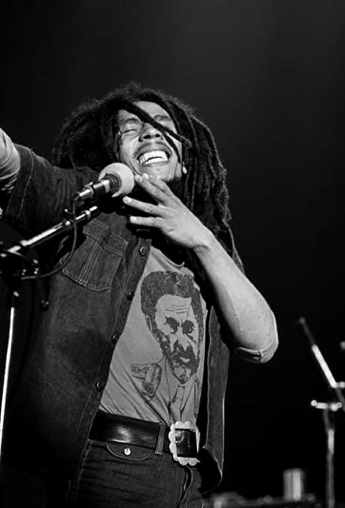 The Marley family, Island Records, UME, Primary Wave Music Publishing, and Universal Music Canada, the country’s leading music company, will honor the legacy of Bob Marley commemorating his 75th birthday milestone and his importance in the history of global music with a year-long celebration. The ONE LOVE celebrations will encompass all things music, fashion, art, photography, technology, sport and film, providing fans unprecedented access to archives from the legendary artist’s estate in new, thoughtful, and innovative ways. Bob Marley’s music continues to inspire generation upon generation, as his legacy lives on through his message of love and unity, a sentiment needed more than ever in 2020.

THE ONE LOVE HOTEL presented by MASTERCARD for GRAMMY Week 2020, invoking Marley’s global hit, “One Love”, will take place at the 1 Hotel in West Hollywood.  Primary Wave Music Publishing, Island Records, and the Marley Family will host a full slate of events at THE ONE LOVE HOTEL presented by MASTERCARD. There will be a pop-up shop offering Marley product exclusively for GRAMMY Week including a high-end capsule collection featuring the art created for the Redemption Song video, House of Marley consumer electronics, and Bob Marley vinyl. GRAMMY Week, sponsored by Mastercard, runs from Tuesday, January 21st, through Sunday, January 26th.

An all-star roster of Island Records’ talent will be on hand for performances and activa­tions at THE ONE LOVE HOTEL presented by MASTERCARD (at 1 Hotel West Hollywood) during the week.  Skip Marley, the grandson of Bob Marley, will launch the event on Tuesday night with Marley family and friends in attendance.  Wednesday night will feature DJ sets from iHeart Radio Music Award nominated production duo, NOTD as well as genre-defying artist Shallou. Thursday will present platinum-certified recording artist, Bishop Briggs, with a special performance from Julian Marley, son of Bob Marley and a 2x GRAMMY-nominated artist whose current album: AS I AM has been nominated for “Best Reggae Album” 2020. Friday will feature recent Urban One Honors performer Jac Ross, and critically acclaimed GRAMMY-nominated Jessie Reyez (whose debut album arrives early 2020).  Saturday night will roll out a gala pre-GRAMMY party with special guest DJ, co-hosted by Primary Wave Music Publishing, Island Records and Mastercard. Throughout the week Mastercard cardholders will have exclusive access to events and happenings at the hotel. The ONE LOVE HOTEL presented by MASTERCARD (at 1 Hotel West Hollywood) will also enable visitors to Tap & Go™ throughout the property with contactless-enabled room access, retail and dining environments.

In November, Darcus Beese, Jessie Reyez, and Island Records founder Chris Blackwell gathered at the GRAMMY Museum in Los Angeles, for an historic conversation moderated by the Museum’s Founding Executive Director Bob Santelli.  An intimate performance by Reyez followed the event.  Mr. Blackwell, who signed Bob Marley and the Wailers to Island in 1972, will be attending One Love GRAMMY Week events at THE ONE LOVE HOTEL presented by MASTERCARD (at 1 Hotel West Hollywood).