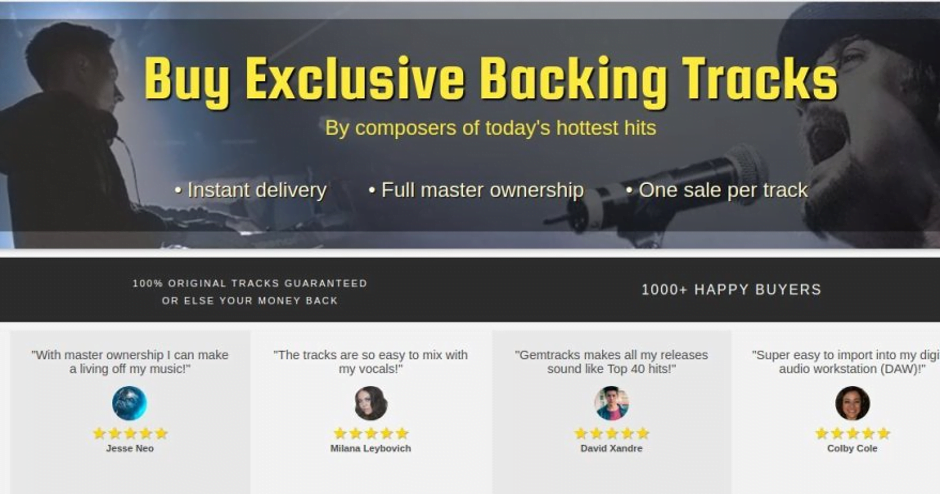 Today we would like to introduce an up and coming beats marketplace known as Gemtracks. The mastermind behind the website is 22-year-old Jesse Neo, a DJ and singer-songwriter from Sydney, Australia, currently living in Los Angeles. What started out as a side hustle from singing and recording took an unexpected turn when an opportunity was introduced to transform the website into a start-up, and we have Neo here to give us the exclusive details on how it happened.

“I started Gemtracks as a way to make some money through selling beats and backing tracks,” Neo told us. “This was at a time when I was signed as a composer at a major label and doing work for some big YouTube channels too. Eventually, my producer friends that I met at the studio started showing great interest in the website and even suggested turning the store into a marketplace so they too could sell beats on it.”

According to the singer, each beat fetches between $99 to $600. Unlike other marketplaces, Gemtracks only sells each beat once. This means once a beat is sold, it will be removed from the website and the new buyer becomes the new legal owner of it. Yes, this implies they become the new copyright holder. The advantages of this are the new owner can keep all royalties and distribute unlimited copies of their track.

“I know beats marketplace isn’t a new concept,” Jesse explained. “The one thing that has always kept me from actually buying from other marketplaces is the fact that the same beat, graphic or whatever they are selling, can be sold to multiple people. Imagine releasing a song and realizing it contains the same stems as another song!”

When we asked about the future of Gemtracks, we were told that some exciting marketing tools are currently being developed for beat makers and producers to use for free as an incentive for using the platform. Examples include a newsletter builder, a playlist that can be integrated into external websites, and a coupon management system.

Eventually, the marketplace will also include studio bookings so that singers can easily transfer the beats they have bought into a recording session, and get the vocals and mastering done as soon as possible.

We looked through the website and could see the beats on sale covered a spectrum of different genres, from EDM, hip hop, rock to country. There is even a section dedicated to showcasing the different gears used by big named producers and singers, and a blog containing helpful industry guides. We were not disappointed.

So if you are looking to buy beats or perhaps sign up yourself as a beat seller, head over to Gemtracks now!