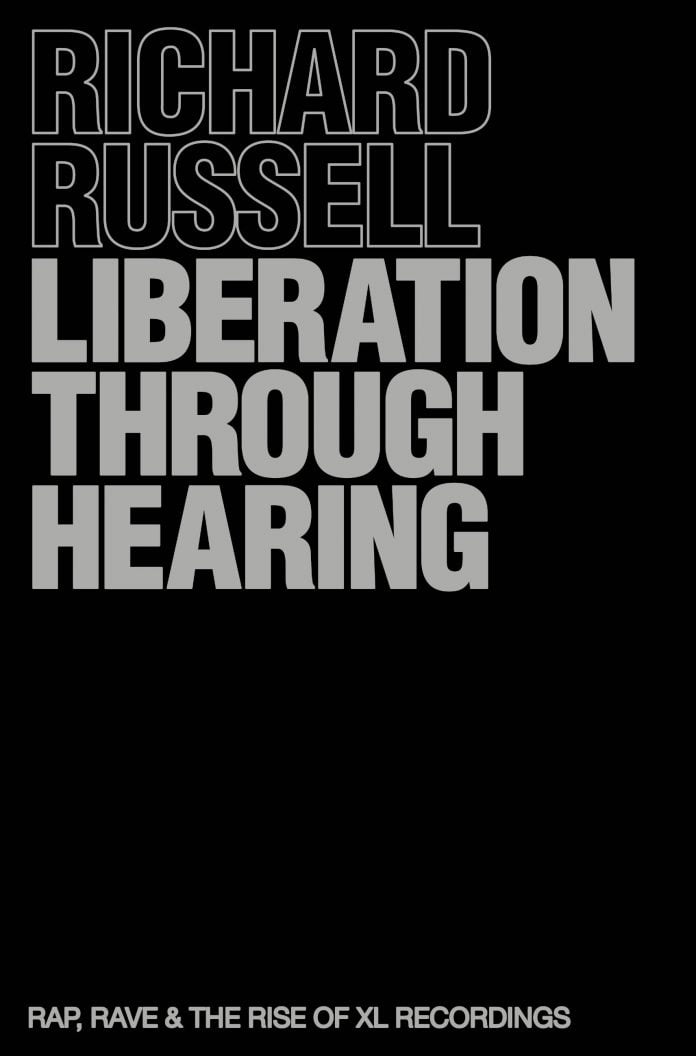 For almost 30 years as label boss, producer, and talent conductor at XL Recordings, Richard Russell has discovered, shaped and nurtured the artists who have rewritten the musical dictionary of the 21st century, artists like The Prodigy, The White Stripes, Adele, M.I.A., Dizzee Rascal and Giggs. Growing up in north London in thrall to the raw energy of ’80s US hip hop, Russell emerged as one part of rave outfit Kicks Like a Mule in 1991 at a moment when new technology enabled a truly punk aesthetic on the fledgling free party scene. For most of the 90s identified with breakbeat and hardcore, Russell’s stewardship at the label was always uncompromising and open to radical influences rather than conventional business decisions.

Liberation Through Hearing (out April 2 through Hachette publishing house White Rabbit) tells the remarkable story of XL Recordings and their three decades on the frontline of innovation in music; the eclectic chorus of artists who came to define the label’s unique aesthetic, and Russell’s own story; his highs and lows steering the fortunes of an independent label in a rapidly changing industry, his celebrated work with Bobby Womack and Gil Scot Heron on their late-career masterpieces, and his own development as a musician in Everything is Recorded.

Always searching for new sounds and new truths, Liberation through Hearing is a portrait of a man who believes in the spiritual power of music to change reality. It is also the story of a label that refused to be categorised by genre and in the process cut an idiosyncratic groove which was often underground in feel but mainstream in impact.