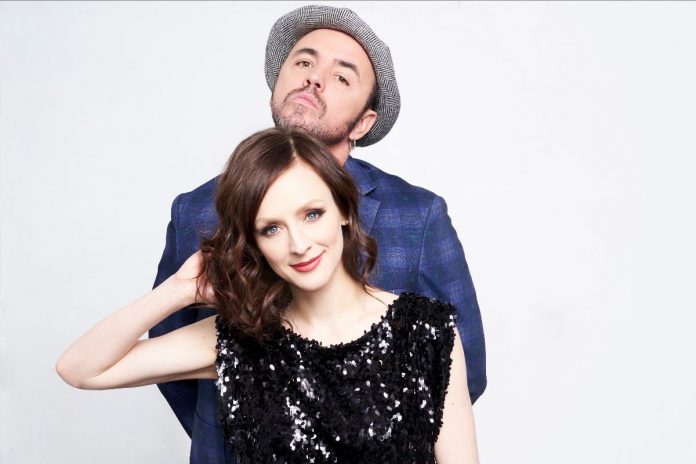 TORONTO, ON – JANUARY 21, 2020 – For the first time, Sarah Slean and Hawksley Workman are set to share the stage, performing together from their musical repertoires. “A Musical Evening with Sarah Slean and Hawksley Workman” tour will commence on February 27th and is sure to be filled with unforgettable music, soaring voices, and plenty of storytelling from their 20 years of friendship. See below for further details.

Prior to the tour, the duo is slated to release an EP of newly recorded material, including a brand new single written by Slean and Workman called “Wound You”.

Created by two of Canada’s most original musical voices, “Wound You” is about taking life’s inevitable difficulty in stride and greeting it without resistance. It suggests that the world is meant to break us, and perhaps this is even the aim or necessary lesson of the earth experience. The lyrics conclude that our brokenness is our strength. That it is not just the defining feature of our humanity, but also the key to the evolution of our consciousness.

For this new album, Slean and Workman collaborated like two old eccentric midwives… they talked for hours, absorbed and wrangled each other’s energy, took the temperature of the other’s soul and then got to work with tools and potions gathered from 20 years of music-making and thinking about music-making. It’s part creative fireworks, part intellectual sparring match, part seance, part sibling spat. In some incarnation, these two surely shared a womb. Stay tuned for more info on the new EP!

Sarah Slean is a composer, songwriter, arranger, and unique artistic force. Over the course of her 20 year career, she has made eleven albums, toured internationally, starred in short films and a movie musical, published two volumes of poetry, held exhibitions of her paintings, composed for chamber and symphonic ensembles and shared the stage with ten of the country’s leading orchestras. She has been nominated for three Junos and two Geminis, was recently awarded a Fleck Fellowship, and is a 2018 alumna of the prestigious Canadian Film Centre Film Scoring Residency. Sarah regularly premieres works by renowned contemporary composers (including a new release with Symphony Nova Scotia), and is currently working on music for the stage adaptation of the award-winning film “Maudie”.

Hawksley Workman is a Two-time JUNO Award-winning singer-songwriter and multi-instrumentalist. A staple of the Canadian music and arts scene for over 20 years, Workman boasts a catalogue of 16 releases, showcasing his now signature blend of anthemic folk and show-stopping vocals. Hawksley’s touring career has seen him play over a thousand shows worldwide. He’s headlined prestigious venues like Massey Hall in Toronto and The Olympia in Paris.