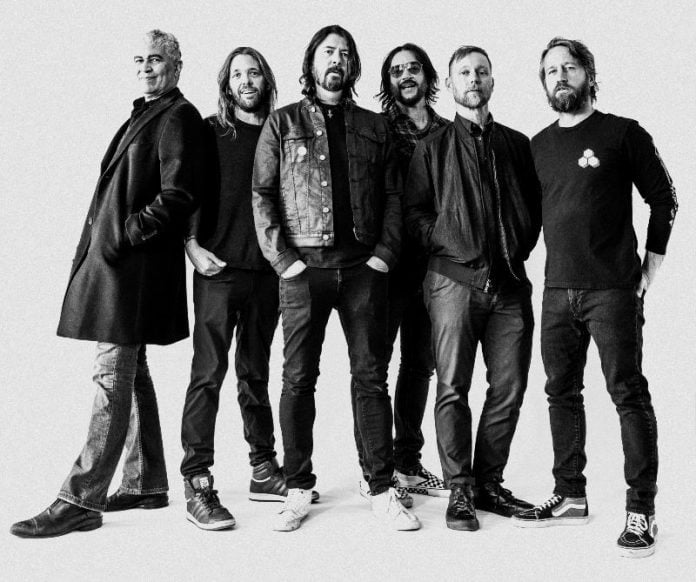 Congratulations: You’re old! You’ve been going to see Foo Fighters shows for 25 years now! What better way to celebrate than joining the band in commemorating its silver anniversary in some of the same cities where the first FF shows took place in 1995? Beginning April 12 at the Talking Stick Resort Arena in Phoenix AZ, the Foo Fighters’ 2020 Van Tour will do just that, hitting a number of the same spots that Dave Grohl, Nate Mendel and Pat Smear trailblazed in a Dodge van all those years ago—in arenas this time, because aside from many of those clubs on that 1995 trek having since ceased to exist, squeezing a 2020 FF show into the few that are still around would just be too insane…

… or would it? Stay tuned for the answer to that question. Or answers…

In addition to customary all-night rock n roll marathons from 1995 Van Tour veterans Grohl, Mendel and Smear and their longtime comrades Taylor Hawkins, Chris Shiflett and Rami Jaffee, each and every 2020 Van Tour show will feature a very special opening attraction: A sneak peek at an excerpt from Dave Grohl’s brand new documentary WHAT DRIVES US. Foo Fighters’ 2020 Van Tour will feature a short preview from Dave’s deep dive into what possesses a particular tribe of human beings to leave behind jobs, families, relationships and any semblance of sanity to climb into a busted ass econoline and take their music to the people–or at least a dozen or so of them here and there. WHAT DRIVES US explores motivations, recounts personal anecdotes, and explores the physical and psychological toll of touring in vans via interviews with members of van tour veteran bands ranging from Black Flag and Dead Kennedys to Metallica and The Beatles, and many, many more.