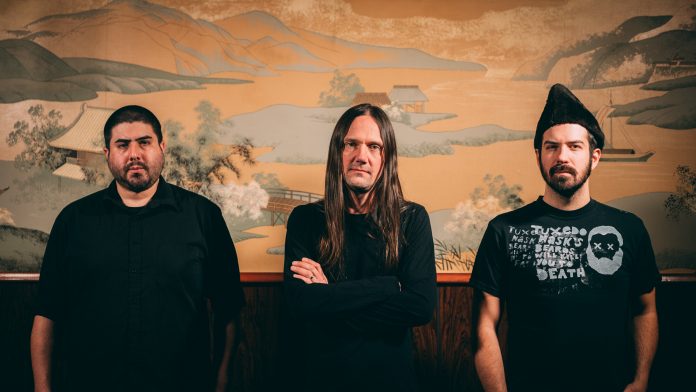 Ahead of their US tour, Saskatoon, SK’s indie/alternative rock trio Autopilot have shared a new music video for the title track of their latest album Afterglow. The video for the shimmering rock song shows a riotous house party in reverse with the band supplying the live sound in a cramped basement. The low ceiling is enough to make anyone with the slightest bit of claustrophobia feel uneasy, but the killer blend of airy guitars, punchy beats and warm melodies will make you stick around. So who was the owner that let their house be ravaged for the sake of Rock n’ Roll?

“We got home from a recent tour to find our neighbor had sold his house and it was set to be demolished,” explains frontman Marlon Harder. “We convinced the new owners to let us throw one final house party, and surprisingly they agreed – on the conditions that we didn’t have the cops show up and didn’t burn the place down. We called up our friends at the local breweries, got some kegs, and ended up with an insane crowd and had a classic house party (with a little extra destruction). While most of the gear didn’t survive the night, my favorite guitar did make it through the crowd surfing. It’s definitely the most fun we’ve had shooting a video, and the only party we never had to clean up after.“